Find out some interesting info and fun facts you might not have known about the Polkadot project.

In late 2020 and early 2021, Polkadot took the crypto world by storm, exploding from relative obscurity into one of the leading blockchain projects.

While some crypto enthusiasts can't resist calling it the next “Ethereum killer”—and there could be some truth to that—Polkadot is designed as a complementary network that could improve on Ethereum’s limitations, rather than outright competition.

The story of Polkadot becoming one of the top 10 most valuable crypto assets by market cap is a wild ride, and there’s a lot more to it than meets the eye. In this post, we’re going to take a look at nine things you may not have known about the Polkadot project.

Simply put, Polkadot is the Internet of Blockchains.

Its mission? Facilitate the next generation of networking through two types of blockchains: the relay chain, which is the "main" Polkadot network, and parachains, which are user-created networks.

Scalability is a major issue in the crypto world. Bitcoin can only handle 3.3 to 5 transactions per second, while Ethereum pumps out an estimated 13.3 tps.

Mass adoption of these networks is practically impossible unless they're upgraded to scale better—which is why a blockchain protocol that can successfully provide transactional scalability is a pretty big deal.

A scalable, interoperable, and secure network protocol, Polkadot is a promising solution for blockchain projects looking to avoid congestion and grow.

Below are a few other facts you might not have known about Polkadot.

1. DOT was originally an ICO...on Ethereum

Update: To the best of our knowledge the funds are frozen & can't be moved anywhere. The total ETH circulating social media is speculative.

A lot of people think Polkadot is a brand new project that was only launched in 2020, but that’s not true. 10 million DOT tokens were minted on Ethereum in October 2017 following a successful ICO that sold half that amount, raising $145 million.

However, due to a vulnerability on Ethereum, Polkadot lost nearly 60% ($98 million) of the funds it raised. What is now known as the Parity bug froze 513,774 ETH held across hundreds of wallets, and those funds are still inaccessible today despite active efforts to unlock them.

18 months after that loss, the Polkadot team decided to try again in two private sales: one in 2019 and another in May 2020. The fact that the project was able to pick up the pieces and successfully try again is an impressive feat—it's a fast-paced world, but the internet remembers every mistake.

2. The supply of DOT was increased to 1 billion

If Polkadot started with 10 million tokens, why is its supply is now 1 billion?

The initial maximum supply of 10 million DOT was increased to 1 billion on August 21, 2020. The Polkadot community voted to increase the total supply by a factor of 100.

The change, which is officially called a redomination, was voted on by DOT holders. They had the option to change it by a factor of 10, 100, 1,000, or not at all. In the end, 86% of the voters favored a 100x factor increase. The change increased the number of tokens held by users proportionally to every account.

When most people think of the team behind Ethereum, many can only name Vitalik Buterin, who is widely known as the brainchild of the project.

However, Ethereum was brought to life by more than one person. In fact, so many people claim the title of Ethereum co-founder now, people have taken to putting it in their Twitter bio as a joke.

One of Ethereum's real main developers was Dr. Gavin Wood, who served as the project’s Chief Technology Officer (CTO).

Wood went on to found Parity Technologies and the Web3 Foundation—the organization behind Polkadot—together with former Ethereum Head of Security Jutta Steiner.

4. Apps built on Polkadot can connect to external networks

Unlike most popular blockchains that are limited to only internal communication, apps built on Polkadot can communicate with external networks. The protocol supports “bridges” that allow apps and chains to talk to external networks such as Ethereum and Bitcoin.

An estimated 80% of all decentralized apps (dApps) are built on the Ethereum network. However, this influx in growth has made the network slow, congested, and expensive. In a space moving toward "cross-chain," developers are searching for faster and more affordable alternatives that can easily communicate with other networks, and that’s where Polkadot comes in.

Polkadot is designed to be faster and much more scalable thanks to its parachain architecture. Developers can build applications on a parachain, and those apps will work on multiple platforms, including Ethereum.

5. Deploying a chain on Polkadot is more economical than building a solo blockchain

One of the biggest barriers to entry for blockchain projects is finding developers with the right expertise to build a chain that is tailored for a specific use case.

Blockchain projects may find it cheaper and more feasible to deploy high-throughput, high-traffic apps for a large user base on Polkadot rather than build a solo blockchain or on top of an existing smart contract platform like Ethereum.

Polkadot currently has 100 parachain slots available, which started being auctioned in November 2021. Through the auctions, project developers can submit a bid amount in DOT and the duration of their lease to the relay chain. The bid amount will be returned to the team at the end of their lease. 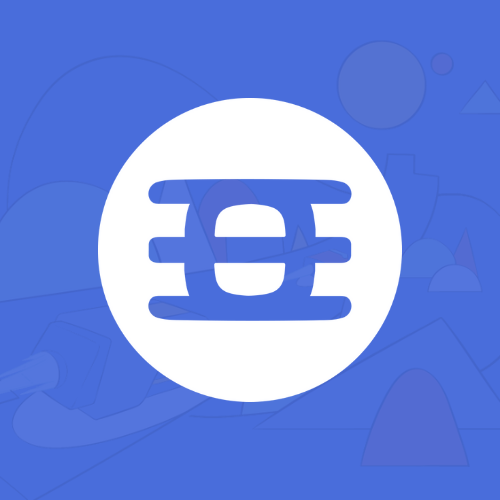 What if a project doesn’t have enough DOT to bid for a parachain slot? The Polkadot auction process has a “crowdloan” option that allows developers to crowdsource DOT to bootstrap their parachain auction. Supporters of a project can contribute their own DOT as a loan, which is locked up until the lease ends.

Developers can reward their contributors (within certain limits) and are free to structure their crowdloan in a variety of ways. It’s basically like Kickstarter but for blockchain projects.

7. More than $800 million in DOT was pledged ahead of the first parachain auction

There’s no bigger endorsement for Polkadot’s potential than the estimated $800 million DOT holders reportedly pledged for parachain bids before the first parachain auction kicked off on November 13, 2021.

Moonbeam and Acala Network received the lion’s share of the contributions through crowdloans. Interestingly, both projects are Ethereum-compatible smart contract launchpads that are specifically focused on decentralized finance (DeFi).

8. Polkadot has a “canary network” called Kusama that functions as a test environment for its parachain auctions

Considering what happened back in 2017 after the first ICO, it’s unsurprising that the Polkadot team is taking the time to experiment with and test out the efficiency of their code, apps, and projects before official launches.

Kusama is a canary network that functions as the proverbial “canary in a coal mine” for Polkadot. It is a virtual copy of Polkadot that is used as a test environment for features that are slated to launch on the Polkadot mainnet.

One of the big features Polkadot tested out was parachains. The first parachain slot auction was successfully held on Kusama in June 2021, proving the functionality of the auction system.

9. Polkadot will be faster than Ethereum 2.0

Latest benchmarks indicate @polkadotnetwork, even without parachains or multithreading, will still push a sustained rate in excess of 1,000 tx/s. With parachains and multithreading then maybe 1,000,000 tx/s, 100% secure, upgradable and decentralised.

According to Vitalik Buterin, Ethereum 2.0 will have an average network throughput of 100,000 transactions per second, which is a significant step up from the 15 Ethereum can currently handle. However, it’ll take several phases and a few more years before Ethereum 2.0 finally replaces the current Ethereum network.

We hope we helped you learn something about Polkadot, and if you're interesting in the wider Polkadot ecosystem, you should check out all the projects vying for a parachain slot.

Polkadot will feature 100 parachains, and we hope one of those will be Efinity—an NFT blockchain we're creating with the mission to decentralize the Metaverse.

If you'd like to help us secure that future, check out our crowdloan.

Learn More About Efinity
Efinity is laying the foundation for a decentralized, community-governed metaverse.
Learn More
Thank you! Please check your email.
Oops! Something went wrong while submitting the form.
#
Polkadot
#
Crypto Guides