Evolution of a Blockchain Gaming Multiverse 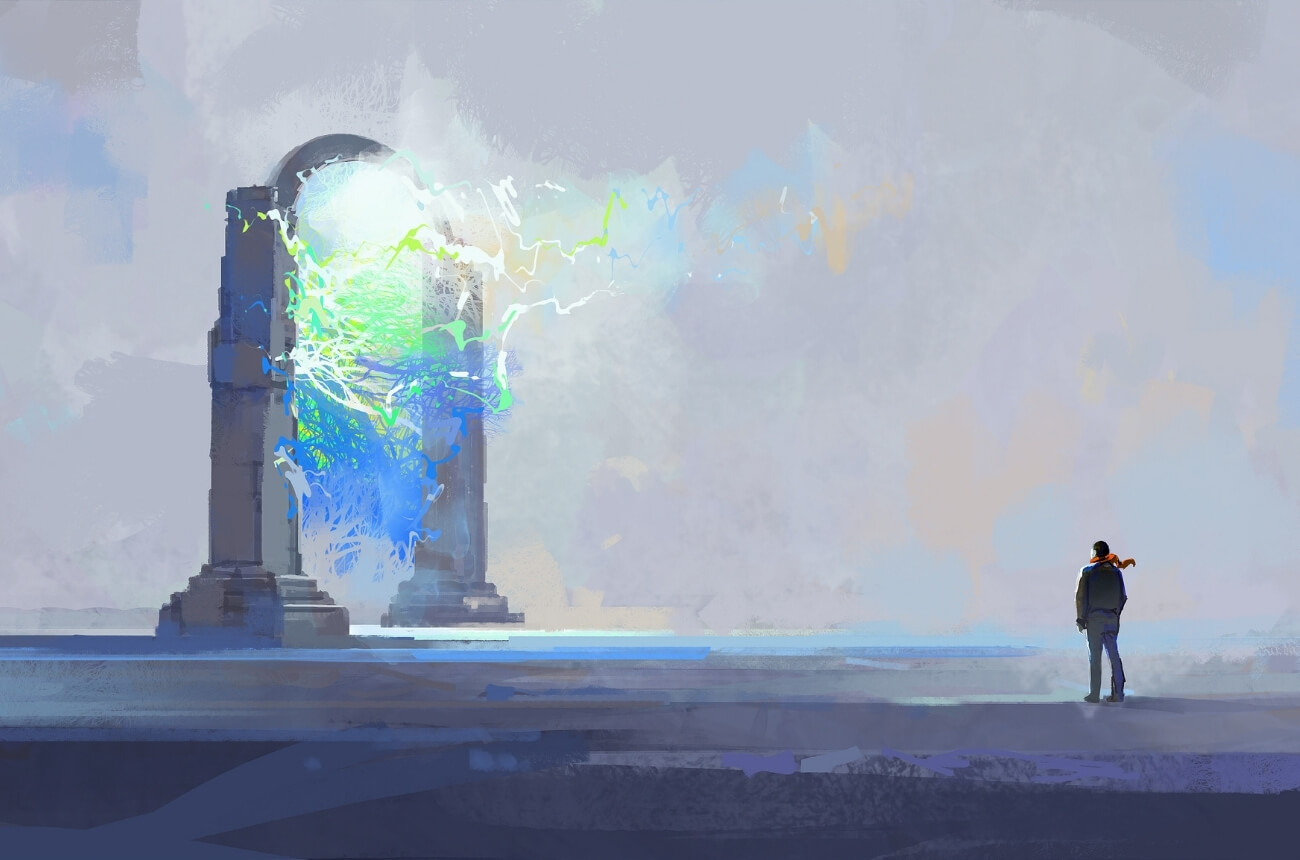 Here's how the world's first blockchain gaming multiverse evolved from an idea into worlds beyond worlds.

I believe that every great invention started with a version of a single question:

"How do I solve this problem?”

We had to find a way to stay warm and scare predators away, so we learned how to use fire. We needed to figure out a way to immortalize information—and we invented writing, more than once. Unfolding the secret of electricity and learning to use it to power our machines was a tricky one, solved by countless philosophers, scientists, and engineers spanning over several millennia.

These inventions revolutionized the world on their own—but their emergent features are what really benefited humanity as a whole.

Besides enabling us to move from tropical and subtropical regions and conquer places with colder climates, the fact that we used fire to cook food literally made us smarter.

Forty thousand years of writing down numbers were followed by the true writing of language, which dragged us, kicking and screaming, from the lost pages of prehistory into the dawn of first civilizations. Written words—not numbers—enabled us to pass our knowledge to future generations, resulting in a snowball effect that improved our technology, bit by bit, over the centuries.

Electrical power is what fueled the Second Industrial Revolution, ushered in a new era of globalization, and enabled the modern world—everything from light bulbs, refrigerators, and TVs to computers, maglev trains, and robots.

The invention of Enjin also started with a question about a problem:

“How can we make games fair for both developers and gamers?”

Here’s the problem with the gaming industry as a whole: Competition has grown fierce over the years, and the costs of development have risen dramatically—forcing developers to employ more and more aggressive monetization methods at the expense of the gamers.

This problem is extremely hard to solve, and it threatened to taint the art form our company has deeply cared about for the last decade.

We saw deficiencies in the system, and we decided we need to fix them.

Our solution came in the form of a usable, scalable, secure blockchain gaming ecosystem built for mainstream games—with true ownership of digital assets at its very core.

If you truly own your gaming assets and can freely trade them or melt them back into Enjin Coin (ENJ), then even the most predatory monetization methods are inherently fair.

If gamers can truly own their items, then they are more likely to purchase them—which  increases a developer’s revenue, even if they choose not to implement blockchain-powered trading fees.

True ownership, the most basic feature of our platform, is enough on its own.

While true ownership is at the core of what Enjin is, it quickly became apparent that the emergent properties of our platform can not only fix the problems faced by both gamers and developers—but they can also result in groundbreaking game mechanics.

What if you can use your shield in more than one game…?

…but the very concept of a blockchain gaming multiverse is what is truly EPIC.

3 Stages of the Gaming Multiverse

I’ve attempted to glance into the future of Enjin before, and the things I tried to predict ended up happening.

Still, take my words with a grain of salt, as we’re sailing into uncharted waters here.

We “kickstarted” the first gaming multiverse, ever.

We minted the items, got our Early Adopters on board, and handled the initial promotion.

The wave of media attention that the Multiverse caused reached mainstream publications such as VentureBeat and SyFy.

Trust me when I say this—coordinating the creation of the first gaming multiverse ever is not an easy task. Both the lore and the art have to make sense for every game and can’t limit the creative possibilities of game developers.

Fortunately, the early adopters of our platform were super-helpful, and all of them jumped on board—providing us with valuable feedback in regards to the multiverse items.

This first phase of the multiverse will end—sooner or later.

There’s a possibility parallel gaming universes could pop up into existence organically.

A group of lone-wolf developers using the Enjin Platform might decide to connect their games, or a couple of studios could choose to collaborate on interlocking titles, completely independent of the first multiverse.

Keeping a multiverse item in your Enjin Wallet is just too strong of a value proposition… too legendary of a feature not to offer to gamers.

Of course, I could be absolutely wrong—new games could choose to simply plug into the current multiverse, taking advantage of the pre-existing audience, art, and lore, for user acquisition reasons, awesomeness, or other reasons.

It doesn’t matter what or how it happens—not really. The end result will still be the same, in my honest opinion.

We’re talking about the future now.

Sooner or later, the number of developers utilizing our technology to build gaming multiverses will skyrocket. It will become the norm, fueled by user demand.

We might see several competing gaming multiverses—and, likely, witnessing them merging into a single one.

Or the first multiverse ever could grow to epic proportions, encompassing all of virtual timespace—ultimately being refined into a decentralized OASIS.

Countless games infused with hundreds of millions of ENJ, and forged into existence with multiple Enjin Blockchain SDKs, existing on PC, console, mobile, VR, and AR—all part of the same, continuous gaming experience.

Where player-driven value creation combined with trading fees obliterates any other monetization model and further empowers the creative flame that burns in every game developer’s heart.

Ultimately, once VR becomes as common as smartphones are today, we’ll marvel at an Enjin-powered VRMMO multiverse, safe from the single-point-of-failure that almost destroyed the OASIS: centralization.

That’s the point of this little venture that is Enjin, folks—making sure that no one can steal your gaming stuff.

You truly own it.‍ 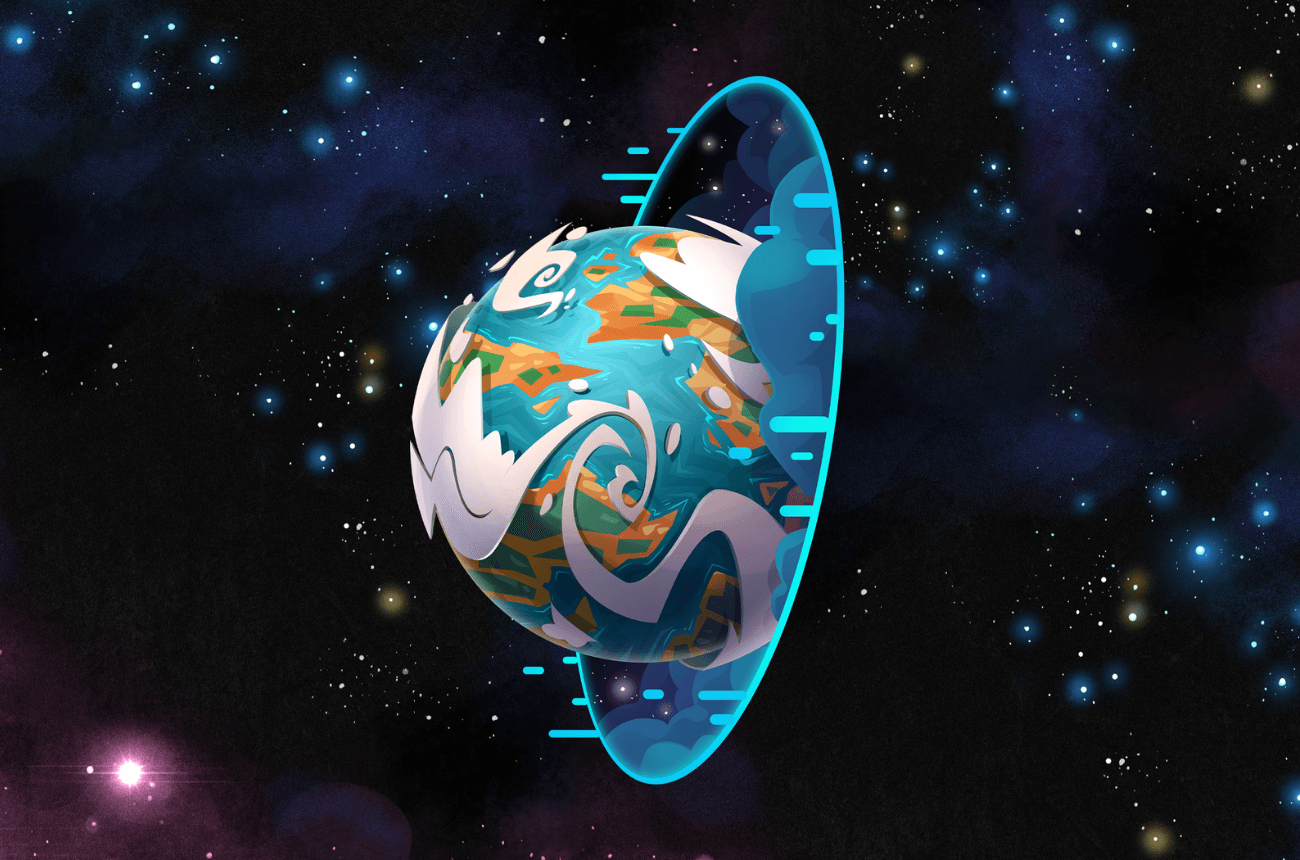 Join the Multiverse
Decrease your marketing spend, create new forms of gameplay, and make your mark on gaming history.
Apply Now
Thank you! Please check your email.
Oops! Something went wrong while submitting the form.
#
Metaverse