Enjin has announced the release of the Efinity (EFI) token, which is now listed on OKEx, Blockchain.com Exchange, Crypto.com, and CoinList.
Download Press Release
Back to Enjin Newsroom 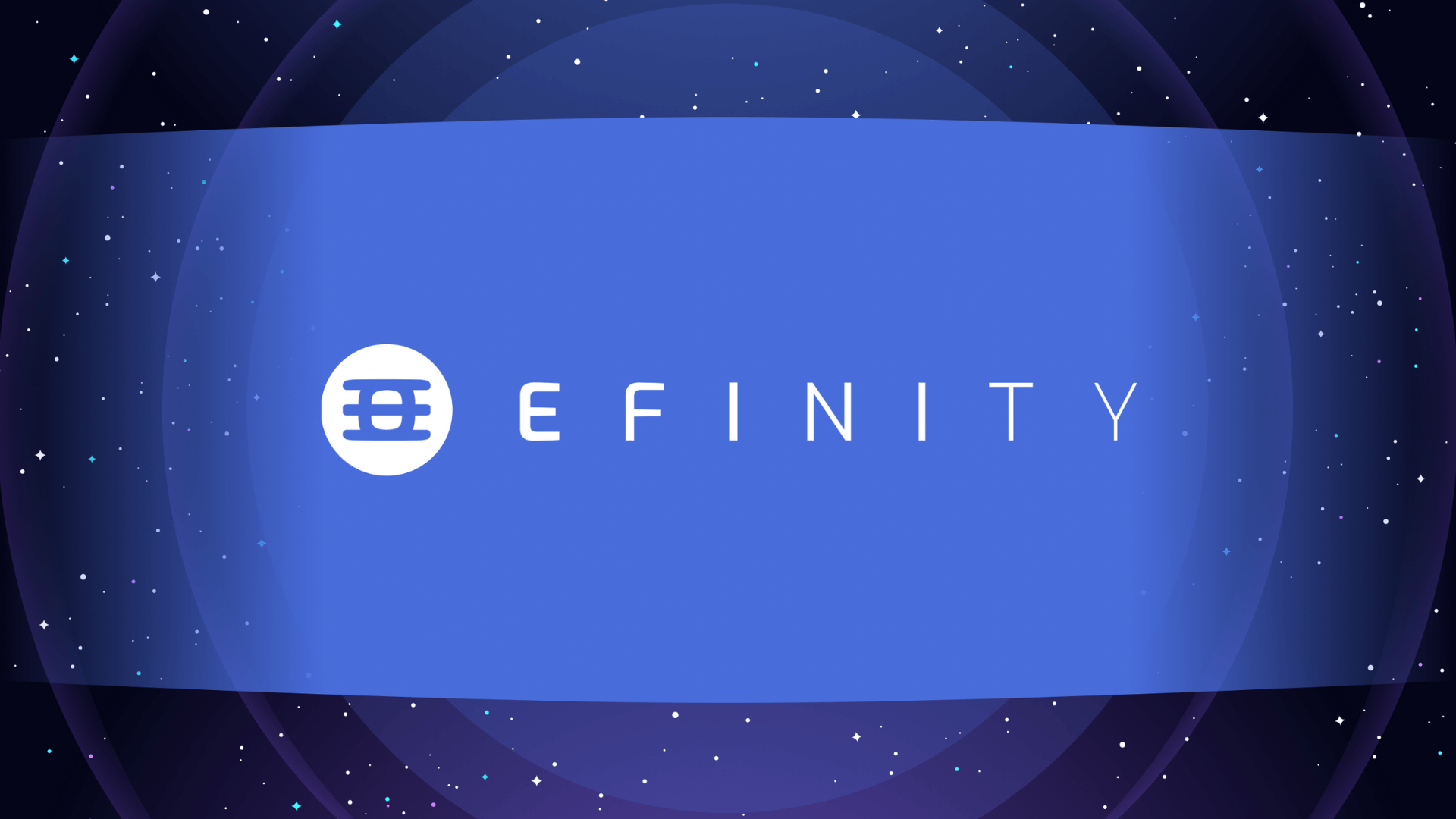 SINGAPORE, 4 August 2021 — Enjin has announced the public release of the Efinity (EFI) token, the native utility and governance token for the Efinity non-fungible token (NFT) blockchain. On its release date, EFI will be listed on OKEx, Blockchain.com Exchange, Crypto.com, and CoinList, alongside DEXs like Uniswap and SushiSwap. The token supply is capped at 2 billion.

Enjin announced Efinity in March, a next-generation blockchain purpose-built for NFTs, alongside an $18.9M private sale. Efinity is being developed as a Polkadot parachain, and will support NFTs from any network. According to Enjn’s latest development updates, the team has an internal alpha version of Efinity synthetically testing at 120 million transactions per block, with a block time of 6 seconds, though performance degradation is expected as Efinity moves towards open beta.

Instead of being solely dedicated to processing smart contracts, Efinity’s blockchain initiates minting, transferring, burning, and trading of tokens at the base layer of its runtime logic. This means no heavy smart contracts, smart contract languages, or smart contract infrastructure is needed to initiate advanced token transactions on the Efinity parachain.

Enjin is also developing a new token standard called Paratokens, which will be compatible with the entire Polkadot and Kusama ecosystem. Optimized batch and storage operations will allow up to 40 million NFTs to be minted or transferred in 1 transaction. Enjin will also launch a REST API for interacting with Efinity, which will be compatible with the official Polkadot.JS wallet.

In the future, Enjin Coin holders will be able to nominate the most efficient and stable nodes that run the blockchain, earning EFI rewards for their active participation. Through community governance, holders of the EFI token will be able to vote on governance proposals and treasury grants to steer the network’s future. EFI will also be able to process transactions to mint, send, and trade NFTs, as well as move them across Efinity bridges and onto neighboring blockchains.