The latest Enjin Wallet update enables users to send and “melt” up to 100 non-fungible and fungible ERC-1155 blockchain assets in a single transaction.
Download Press Release
Back to Enjin Newsroom 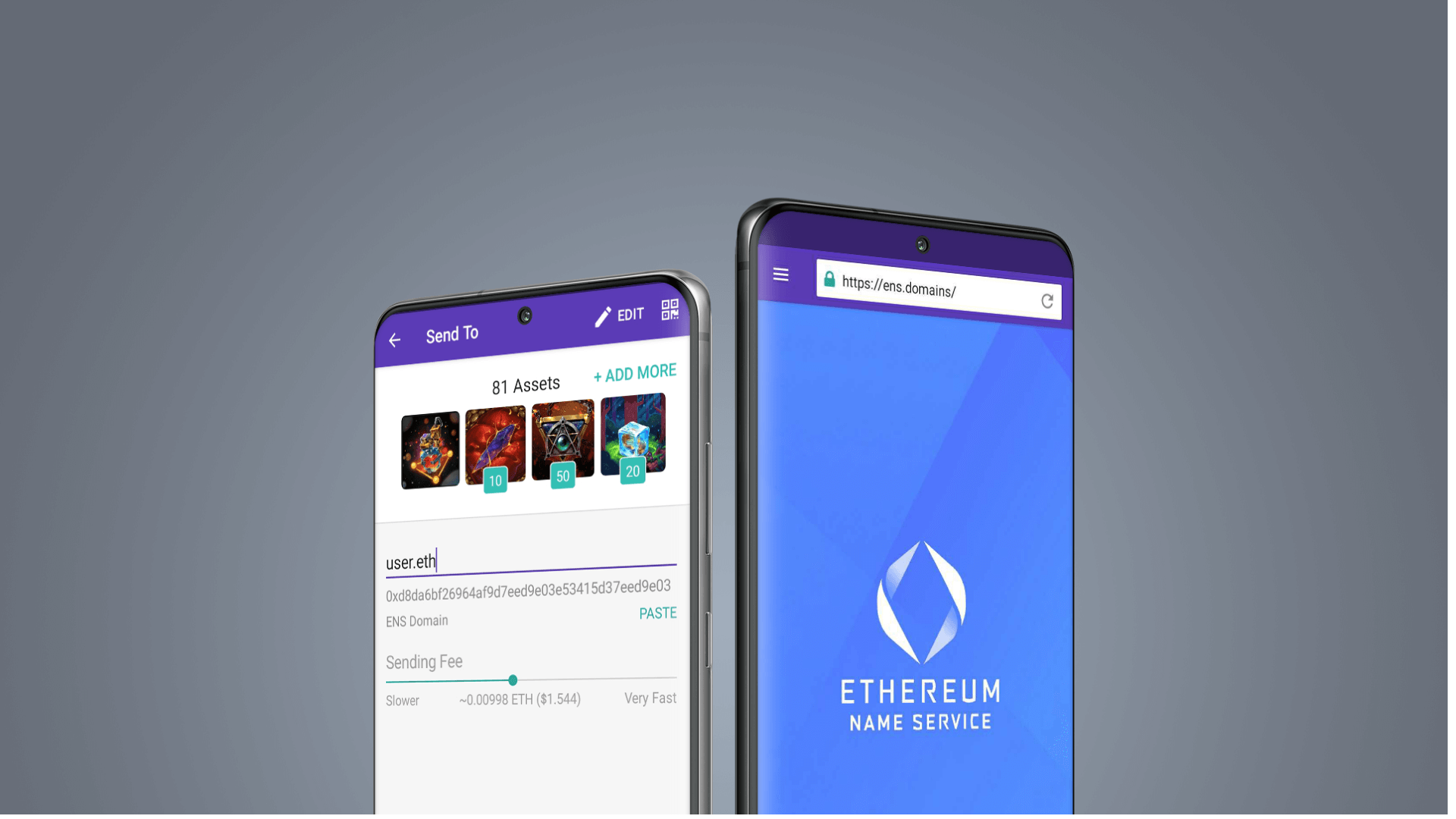 Blockchain ecosystem developer Enjin has launched a major update to its blockchain and cryptocurrency wallet, enabling users to send up to 100 distinct non-fungible and fungible Ethereum-based ERC-1155 blockchain assets in a single transaction. With this new multi-token transfer feature, users will save significant time and money on transaction fees as compared to sending tokens individually. The update also brings Ethereum Name Service (ENS) support to the Enjin Wallet, allowing users to send tokens and cryptocurrencies to short, human-readable Ethereum addresses.

Prior to the advent of Enjin’s ERC-1155 token standard, Ethereum developers and users had to distribute fungible and non-fungible tokens in separate transactions, making batch sending a tedious, repetitive, and expensive process, with extended wait times due to transfers processing separately on Ethereum blocks. Now, batch transfer functionality is embedded in the ERC-1155 smart contract, enabling apps, games, and wallets to distribute as many tokens as the Ethereum blockchain can handle in one transaction.

Tests show that multi-token transfers can save up to 90% on gas fees compared to the cost of single-token transfers. This provides a superior user experience while helping alleviate congestion of the Ethereum network—and ultimately benefiting the entire blockchain community. This update allows Enjin Wallet users to take advantage of the batch transfer functionality made possible by ERC-1155, something that was previously possible only for developers.

Alongside multi-token transfers, Enjin has also enabled multi-token melting, a feature that will allow nearly 100,000 ERC-1155 token holders to batch “melt” (destroy) the 52 million ERC-1155 tokens currently in existence to extract the 12.5 million worth of Enjin Coin (ENJ) baked into them.

As part of the latest update, Enjin has also added support for ENS domains, which gives wallet users the ability to send and receive funds and assets via simple, human-readable domains (e.g., “mywallet.eth”), rather than long, complicated blockchain addresses.

Furthermore, the wallet now enables users to approve transactions using their phone’s fingerprint scanner and facial recognition, allowing them to seamlessly send, melt, and sell tokens. This also makes it even easier for users to list their blockchain assets and collectibles on the Enjin Marketplace, a platform used by leading cryptocurrency exchange Binance to enable peer-to-peer trading of its branded NFTs.

With an expanding list of features being added to the wallet, Enjin has also worked to expand its user base globally. Now certified and fully compliant in China, the Enjin Wallet is available to users across the world and compliant with all country-specific laws. Users can download the app for free from the App Store, Google Play, or via APK.