Microsoft and Enjin are celebrating the International Day of Women and Girls in Science by launching customizable Non-Fungible Tokens (NFTs) compatible with the popular and beloved game Minecraft.
Download Press Release
Back to Enjin Newsroom 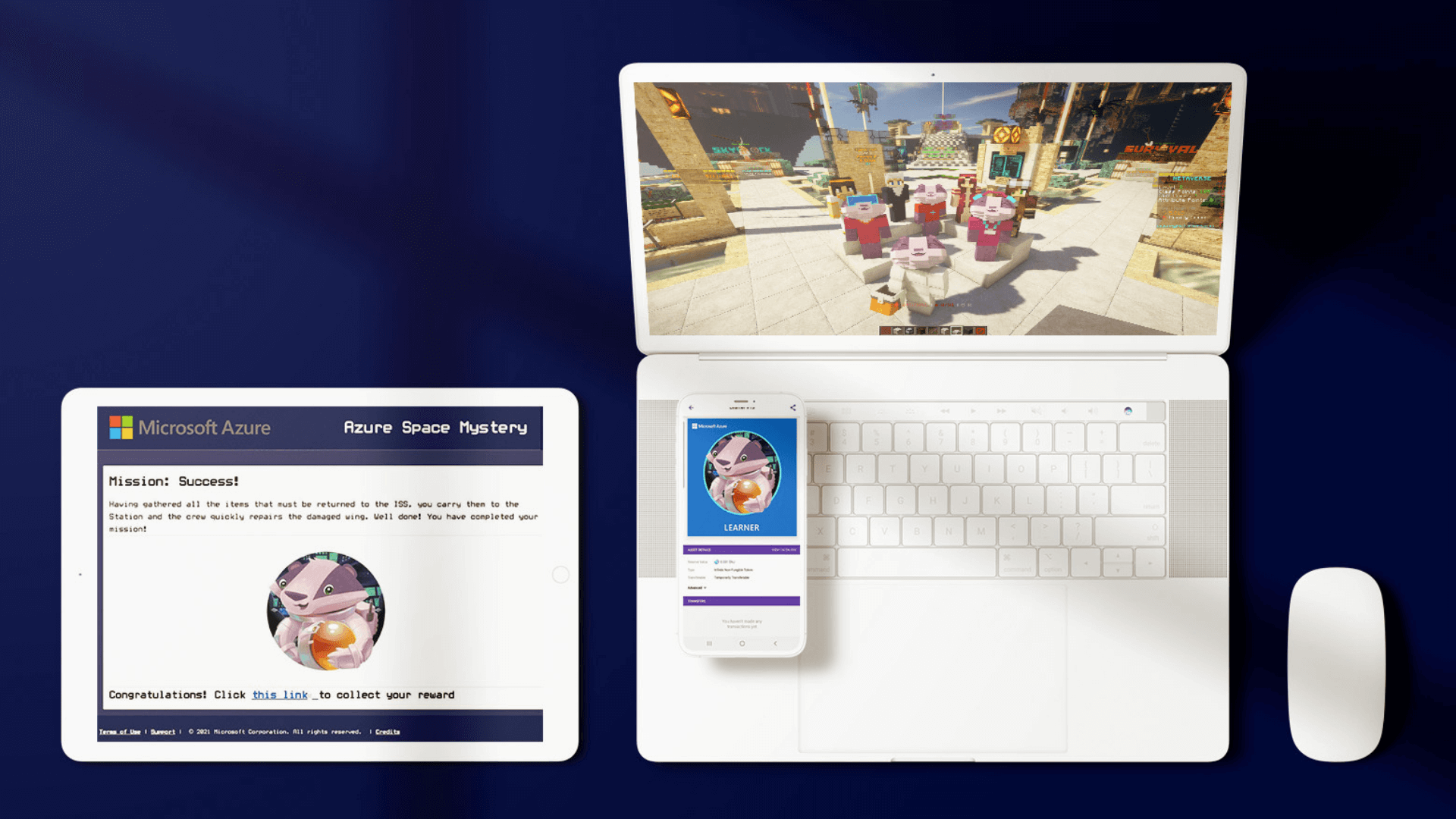 11 February 2021 — Microsoft and Enjin are celebrating the International Day of Women and Girls in Science by launching customisable Non-Fungible Tokens (NFTs) compatible with the popular and beloved game Minecraft.

The NFTs can be earned through the Azure Space Mystery, an educational, interactive space exploration game that utilizes the Microsoft Learn platform and aims to champion women in science and technology.

During the Azure Space Mystery game, players will embark on a journey to save the International Space Station, while learning from and celebrating prominent European female scientists, including Caroline Herschel, Mary Somerville, Hypatia and Raymonde de Laroche.

“Education is key to empowering the next generation of innovators. Enjin is proud to work alongside Microsoft to generate innovative opportunities for merging virtual worlds, bringing digital communities closer together and celebrating powerful women in science and tech,” said Bryana Kortendick, VP of Operations & Communications at Enjin.

Those who complete the game will receive an Enjin Beam QR code that, when scanned, delivers a limited-edition Learner Badger NFT to the user’s wallet. While the Learner NFTs have infinite supply, the tokens received during this event will feature custom art that will never be available again.

The Learner NFTs have been integrated into Minecraft, enabling its holders to gain access to a sequel quest in the MyMetaverse Minecraft Network. This cross-game functionality is made possible by Enjin’s “EnjinCraft” plugin, which has just been upgraded to allow any Minecraft server to integrate and support NFTs.

Microsoft’s Azure Heroes companions can be summoned in the Minecraft sequel, joining users on their next quest. Completing the quest will enable players to unlock more unique collectibles in Minecraft, including “XX & XY Certified Equal,” a tokenized certificate that encourages equality of the chromosomes and all genders.

“Enjin’s platform powers innovative projects across the gaming and wider blockchain ecosystem. Our collaboration has allowed Microsoft Azure to integrate cutting-edge technology with educational tools and recognize the contributions of our developer communities around the world,” said Sherry List, Azure Developer Engagement Lead at Microsoft.

By collaborating with global leading technology and gaming companies like Microsoft, Enjin is leveraging the power of its blockchain adoption ecosystem to create simple, user-friendly bridges between centralized and decentralized gaming technologies.

NFTs have gained much in popularity and use in 2021, with a collection of NBA-themed digital artworks recently attracting more than $31.8 million in sales.

The Azure Space Mystery challenge is free to join and can be accessed via Microsoft’s website from 11 February through 11 March, 2021.