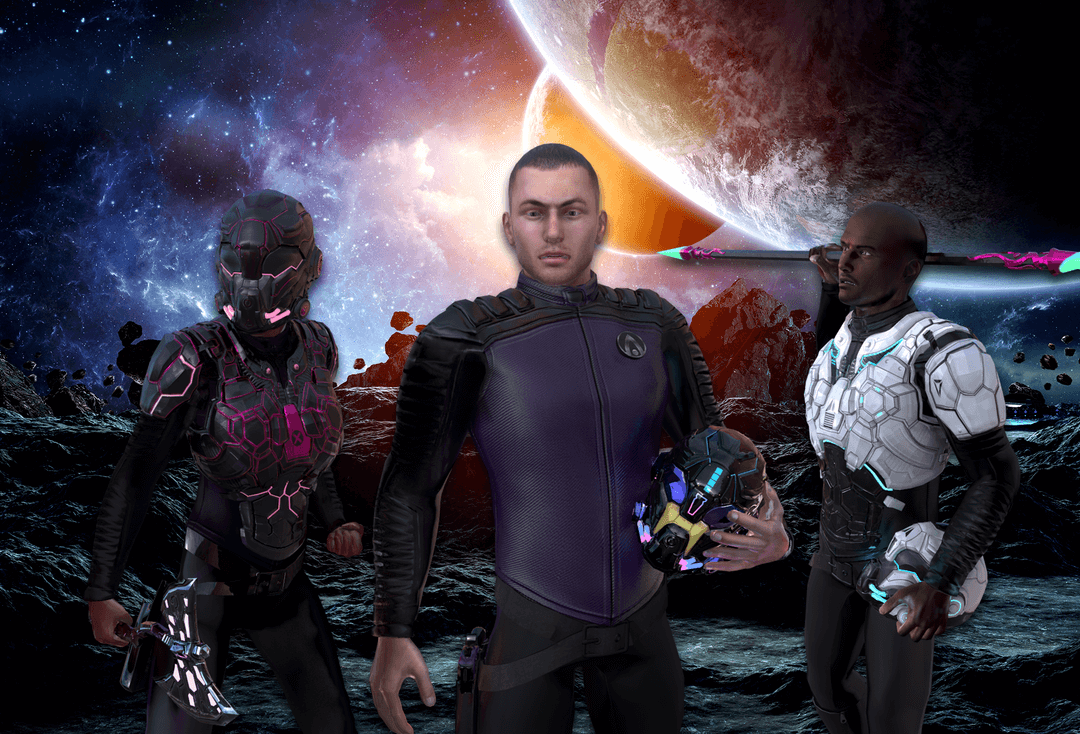 What do you get when you mix together Skyrim, Minecraft, and Second Life?

A galaxy of near-infinite possibilities—which is exactly what the AlterVerse is. A multiverse of independent, yet interconnected games and experiences that offer something for every gamer, whether you live for crafting, combat, or trading.

If you want to fight, you can raid enemy ships, or take them down in your X-75 Stinger spaceship.

If you want to craft and create, you can explore new worlds and help rebuild them from the traces of their former culture.

If you want to chase Aces and Faces (universal and individual in-game currencies), you can do that too.

AlterVerse is set in a world of many worlds. An ambitious scientist has discovered a way to generate portals to parallel worlds, and a ruthless financier helps make it happen. With time, more and more of these worlds will become accessible.

Launching with the sci-fi AlterVerse: Disruption, set on one of the Disruptor ships allowing travel across parallel worlds, players will be able to enjoy a smorgasbord of gaming possibilities. From solo and co-op raids to PvP battle royales and PvE adventure quests, players will go through newly-opened portals between worlds, epochs, and cultures.

AlterVerse is VR-compatible (but not exclusive) for a fully immersive experience. However, that's not the most impressive technological feature of their gaming creation.

The eponymous Disruptor ships on which AlterVerse: Disruption is set are not owned by the studio or another central entity—they're owned by players, who are free to decorate, influence, and even monetize them as they wish.

You will be able to play, host, and even create games across the AlterVerse multiverse. Rent out rooms on your server, gain valuable assets by completing quests, or even earn by referring others to play.

With gaming assets owned in your personal blockchain wallet, you can move between the interconnected worlds as you discover them, venturing from futuristic Sky Cities to the lands of British legend in Mythriel.

In one world you may zip through the pristine silence of space in a sci-fi spacecraft; in another, you may fly across a volcanic fantasy landscape on a gargoyle. In a different one, you can take it back to humanity's roots on foot or on horseback.

With deep customization possibilities, AlterVerse lets you build worlds that match your own personal vision.

Build, battle, and you better believe you're in for one hell of a ride across the AlterVerse.