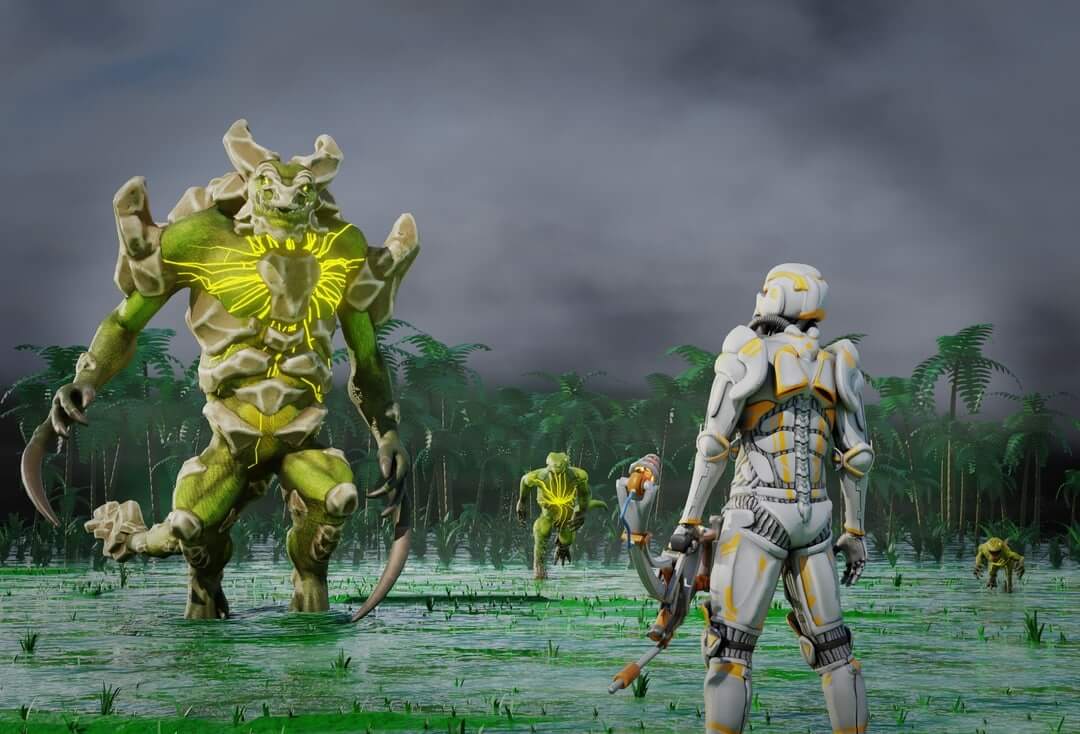 Battle against an endless alien onslaught in this fusion of FPS, co-op, and strategy.

It's a tale as old as time.

One day you're minding your own business, mining resources on an alien planet; the next, you're being attacked by a never-ending swarm of mutated swamp lizards who want to steal your energy crystals from the central reactor core.

Luckily, the Containment Corps exists to deal with just such an event.

Different Corps soldiers have different skillsets and abilities, from the Gearhead's turret deployment and Ranger's AOE attacks to the Specialist's healing aura and Blazer's trap-setting.

As an employee of the Corporation, you take on the role of a Containment Corps soldier during an attack on your base. You can play as one of the four archetypes described above, or mix and match skills in a bespoke loadout tailored to your playstyle.

Whether you're battling an evil gecko-turtle menace in a swamp, desert, or canyon map, you can't let your attention and resources slip—the less energy your base has, the more likely it is to be overrun by aliens. Monitor enemy movements, position yourselves accordingly, snipe with turrets, and protect the gates to keep them out as long as possible.

There's power in numbers, and up to 10 players can cooperate to keep the base safe against an endless onslaught, with each kill helping replenish the base's energy.

If the energy crystals run out, it's game over.

Special items can provide power-ups to enhance your abilities (and strike fear into the cold scaly hearts of the gecko menace), craftable and tradeable by players.

Join the Containment Corps, serve the Corporation, and protect the crystal core with your life.