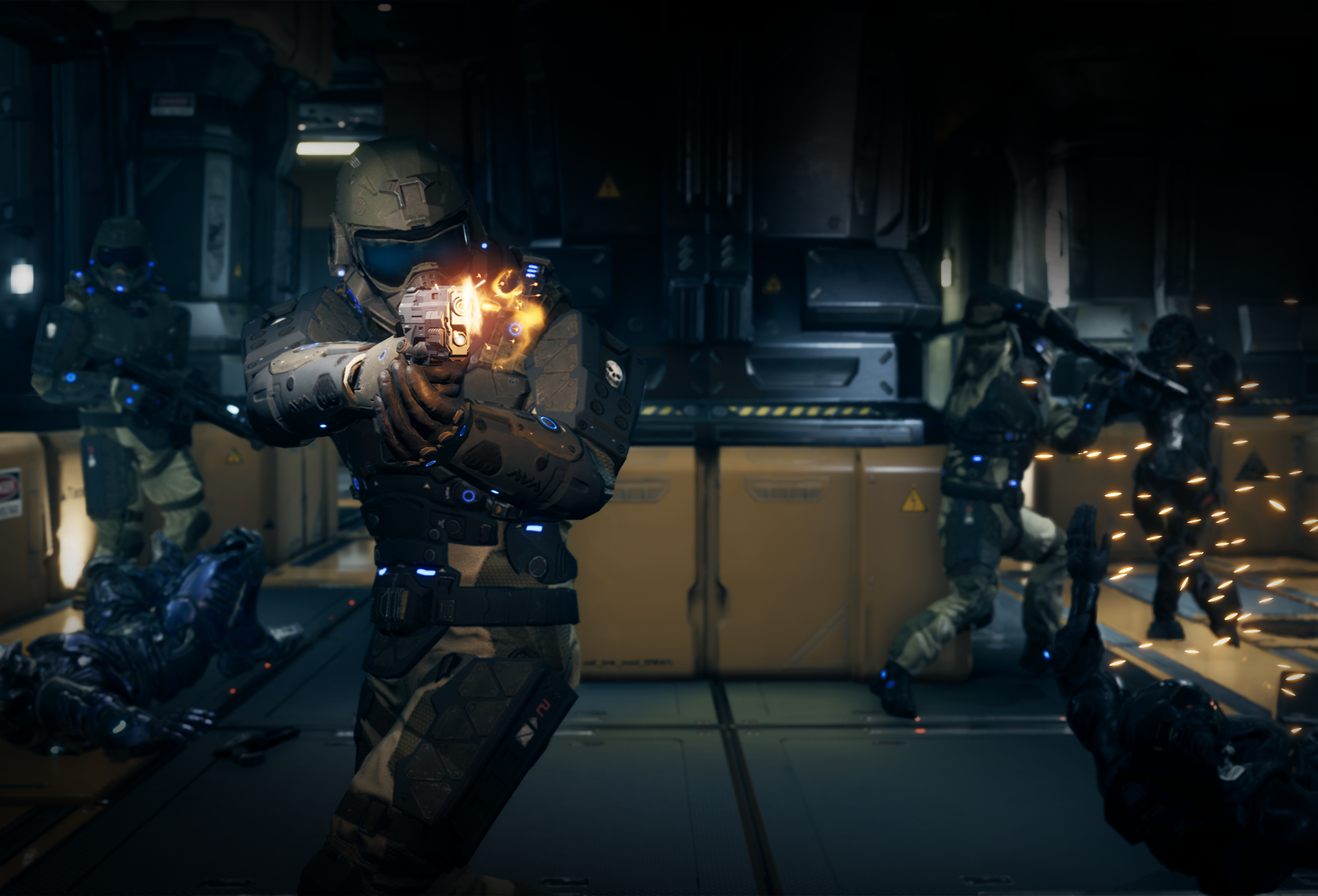 "Centuries ago, we created a power greater than ourselves."

The year is 2418. Humanity no longer walks the Earth, having been hunted into near extinction and forced off the planet by their own creation, a robotic army known as the AI.

Dissolution is an FPS en route to MMORPG, with looks as beautiful as its story is bleak.

Inspired by classics like EVE Online, Dissolution will provide players a wide range of options in a persistent universe, where dynamic storytelling allows the game to evolve alongside player choices.

Dissolution is currently available in early access as an FPS but will become much more, ultimately growing into a living, breathing MMORPG and full-scale space society—with all of the ship combat, resource management, and p2p economies that come with it.

"No matter where your interests lie, there's ample opportunity for you to make your mark in the vacuum of power and space."

Choose your own path: join the Interplanetary Defense Force, become a trader, treasure hunter, mercenary, or pirate. Want a life of adventure, prosperity, or warfare?

There's no right or wrong answer, just your own.

Whatever choices its players make, Dissolution will be updated in response. The AI nemeses will always be watching, ready to act if opportunity presents itself—or biding their time and gathering their forces when humanity presents a united front.

Beyond combat, Dissolution will offer an immense sandbox full of professions and activities, with unique experiences offered in three types of sectors:

Add in a diverse array of customizable spacecraft, from small, nimble fighters to colossal freighters and formidable warships, and no two sessions of Dissolution will ever be the same as you fight your way through an unstable future marked by uncertainty—especially with your own custom Spotify playlist in the cockpit.

Whether in its FPS launch form or full-fledged MMORPG, Dissolution is a feast for the eyes, with challenging gameplay in a hostile environment—a vacuum of space and power to make your mark on.