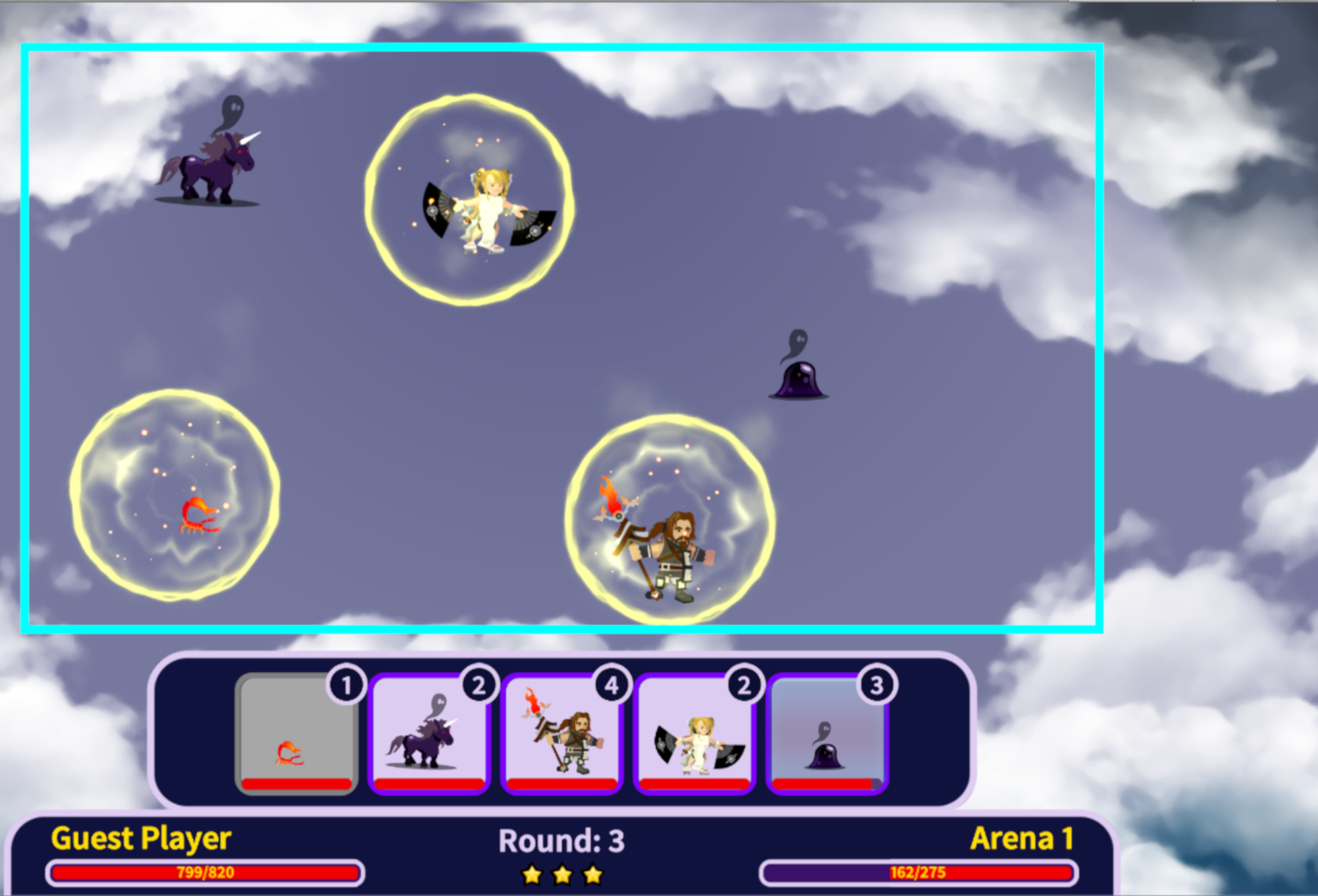 Assemble an army of Min-Mins for the ultimate clash in the clouds.
Play Now

In Min-Mins, you are called on to assemble a corps and capture war crystals from enemy teams.

With two playable modes, you can put your fiercest warriors to the test: Training mode offers a chance to develop strategies and refine your team, while PvP allows you to pit your skills against other players in an epic high-altitude deathmatch.

Min-Mins has loads of customization, with five unique classes you can mix and match to suit your style. Each class has their own distinctive strengths and weaknesses, so it's up to you to strategically place them for the ultimate aerial assault!

After each victory, you'll earn a chest containing your next set of battle-ready Min-Mins, some of which may be special Elite units (if you're really lucky), to add to your force of cloud combatants.

Be prepared for the challenge ahead, for all Min-Mins that fall in battle are gone for good, and you won't be able to use them in your roster for the next fight. Improve your chances of winning each battle by unlocking an array of special boons through the Team Boost system.

Training Mode features 20 levels, Arena Mode boasts 6 unique stages, and both offer your chosen team the experience needed to grow ever stronger. With over 80 unique Min-Mins, the strategies are endless, so you can mix and match to achieve perfect synergy.

Enigma Games has brought the Enjin Multiverse to the clouds by integrating cross-game compatible favorites like the Epochrome Sword, Soulshift Armor, Shadowsong, and Mark of the Bull.

The team has also taken Enjin integration a step further, by immortalizing members of the Enjin team as special playable Min-Mins: Witek the Defender of 1155, Bryana the Wind Rider, Tassio the Solution, Simon the Mercenary, and Maxim the Mastermind all have been honorably deemed as "The Enjin Legends."

Consisting of five units (one of each class), the entire Enjin Legends team can be summoned by players holding the Enjin MFT (multiverse founder's token). Owners of a Min-Mins MFT can also unlock the ability to summon The Enjin Legends to their roster, while those who hold both founder's tokens can look forward to unlimited summons of these legendary units!

The sky is the limit—start building your army now.