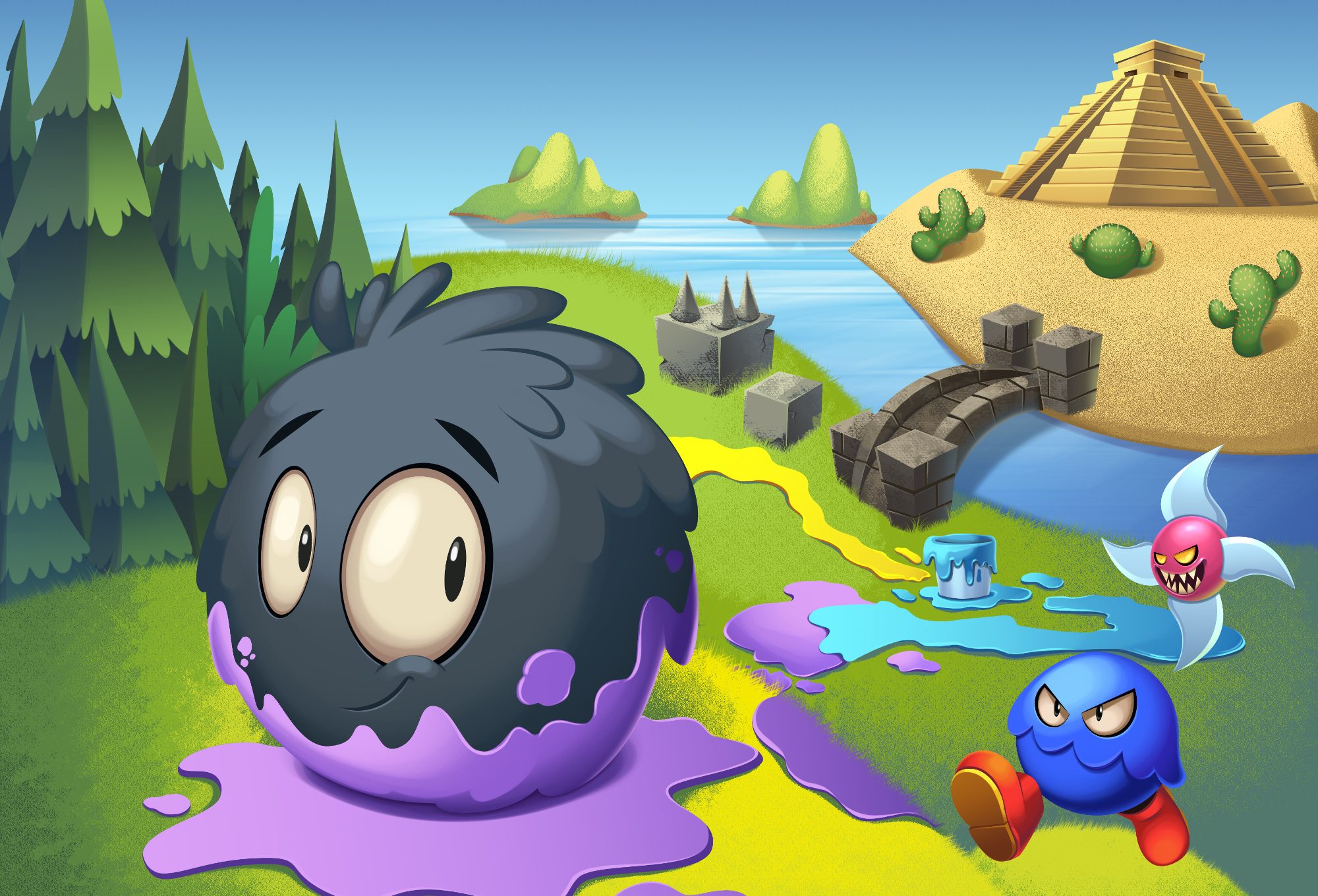 Restore the world with paint in a colorful 2D puzzle platformer.
Play Now

Paint My World is a colorful homage to the classic Metroidvania 2D side-scrolling genre that we all hold dear to our hearts.

First released in 2010, Paint My World Legacy edition is now complete with Enjin integration and available on PC for players to enjoy in advance of the upcoming sequel.

This sequel will introduce a range of new features and blockchain innovations, giving depth to the puzzle platformer and opportunities to players that otherwise wouldn’t have been possible.

In Paint My World's wholesome story, you play as the adorable fuzzy paintball protagonist Fluff, whose family has been taken captive by pesky baddies that wish to drain the world of its technicolor beauty.

As you embark on your colorful adventure, you will experience a variety of different worlds and levels with challenging puzzles, unique obstacles, and color-coded features that function only when Fluff is the right hue.

Originally created as a mobile game, Paint My World has gone through different iterations and platforms over the years, with its most recent launch on PC. No longer limited by traditional systems, Paint My World's developer is using blockchain technology to bring his full vision for the game to life, with a sequel title currently in development.

This remake will feature a level editor with a twist, enabling players to design their own levels and mint them into blockchain-based blueprints. Players can then directly profit from their creations, earning a percentage return when other users play in their levels or by selling the custom blueprints on the marketplace.

With player-created levels helping fuel progression in the game's open-world environment, Paint My World will include objectives that span across multiple worlds and levels, offering unique rewards for completing non-linear tasks. Topping off each level, players will also receive an allocation of loot rolls based on their progress, with the chance to earn blockchain items of different rarities.

The world is your canvas—go paint it.

Latest
Paint My World
news and updates.
No items found.