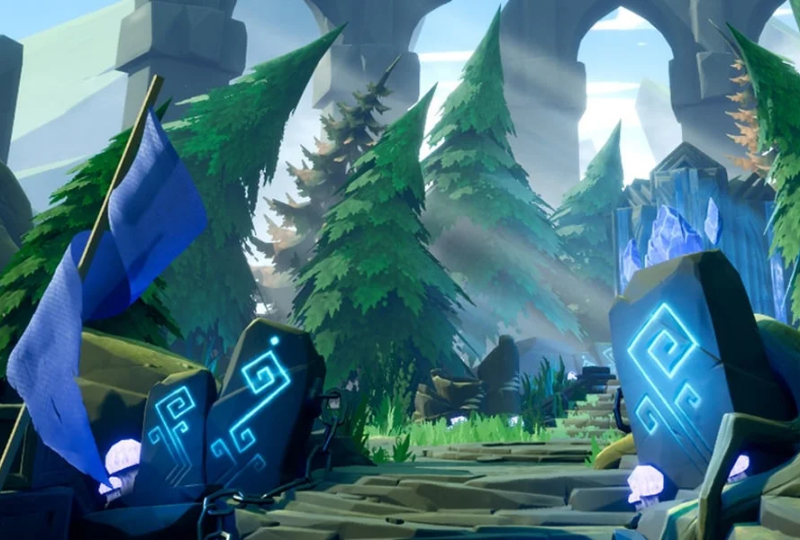 War of Crypta is a mobile multiplayer game set in a world plunged into an epic war between the inhabitants of Crypta and the invading forces of the Centrized.

Inspired by classic games like Pokémon and Digimon and evolved to the next level with real-time PvP battle mechanics, War of Crypta features heroes that are unique, evolvable, and can be safely traded between players.

Set in an epic fantasy world facing relentless doom from the sinister forces of the Centrized, WoC allows you to create teams of four to battle against each other for precious resources. Featuring a wide range of character designs ranging from kawaii to downright malevolent, hero differences are more than skin-deep, with a comprehensive amount of combat customizability.

Heroes can be evolved by leveling up and collecting the magical essence known as "crypto dust," which is obtained by defeated enemies, and can be optimized through different playstyles by different players, encouraging P2P trading for heroes with more suitable configurations of stats.

Battle plans can involve great strategic depth, with over 150 unique moves in the game at launch—without even counting the varying levels of rarity or evolution per move.

Collect, customize, and strengthen your heroes.

Latest
War of Crypta
news and updates.
No items found.