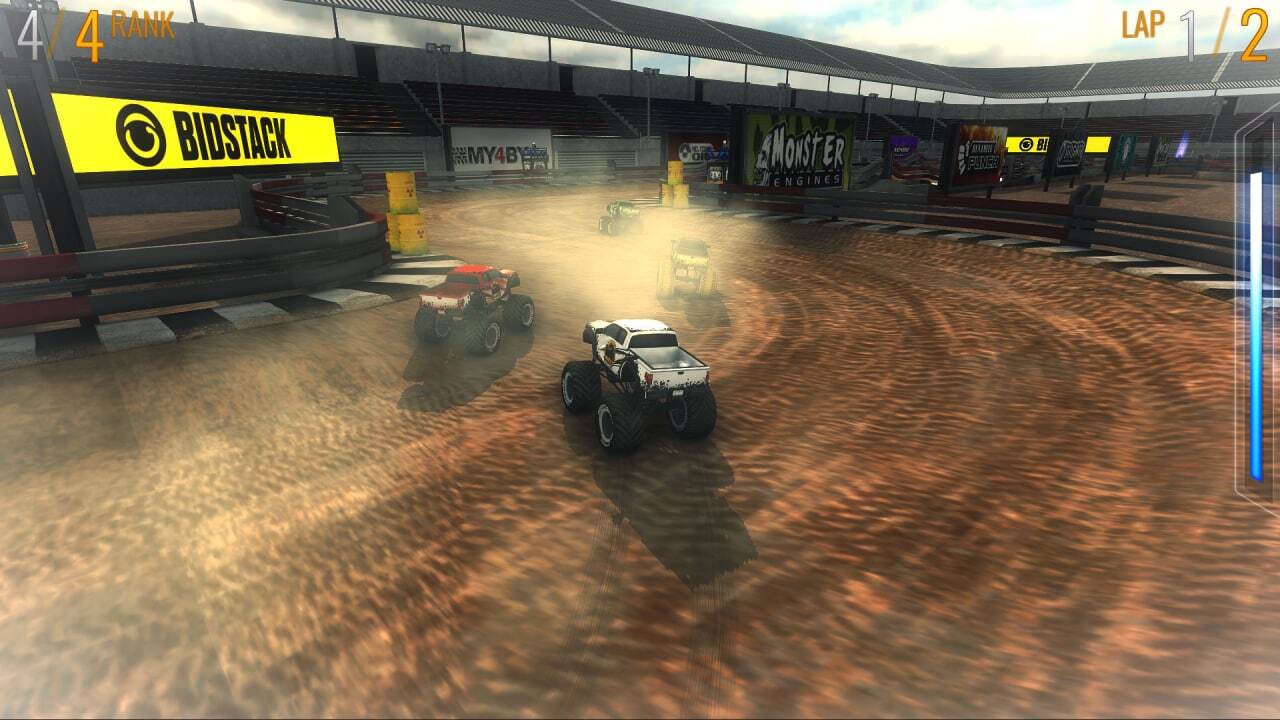 Meltdown Interactive Media is a game developer based in Auckland, New Zealand, we are passionate about creating adrenaline-fueled competitive gaming experiences.

blocktrucks.io is a play-and-earn off-road multiplayer racing game built on Enjin and Efinity.

The game's core focus is competitive, ranked multiplayer racing, with players aiming to climb the ranks and attain the ultimate rank of Grand Champion.

As player's race they earn in-game currency rewards and collect cards to upgrade their truck with. Players also earn TRUCK tokens which can be used to unlock special items such as new truck cosmetics, tournament entry tickets and more!

The higher a player's rank, the higher the rewards!

The game features 4 tough racing conditions ranging from sand, mud and snow to the Ramp Series tarmac events. As player's rank up, they will unlock new stadiums and track conditions to compete in.

The game will be playable in a supported desktop web browser and on Android and iOS.

All play will be cross-platform, meaning you'll be able to compete against your friends and other players, no matter which device you are playing on.

How are you going to utilize NFTs?

Every truck cosmetic in the game including Paints, Decals, Tyre Sets, Boosts and Player Titles will be an NFT.

Players can buy card booster packs to upgrade their truck as well as mint their own.

Players can own a Stadium NFT for which they can upload their own company branding and get a share of token and advertising revenue earned in that stadium.

What value will NFTs bring to your users?

Legendary cosmetics offer a 2.5% bonus each, giving the player a 10% bonus if all 4 cosmetics equipped are Legendary.

In addition, the higher the overall rarity score of the equipped cosmetics the players chance of winning a Tournament Entry Ticket is increased.

Players who purchase a Founders Truck Pack or Stadium in the Founder's Presale will gain access to the Closed Beta Test in Q2 2022.

Gaining access to Tournament Entry Tickets will allow players to compete for exclusive bonuses and rewards, and even participate in limited-time race modes or challenges.

Player's can mint their own upgrade card booster packs from cards they have collected. Card packs may be purchased from the in-game store, but card packs bought from other players will provide increased upgrade efficiency benefits.

This buying and selling of card packs among players represents the core trade loop of the play-and-earn economy in blocktrucks.io

Hodlers of a Stadium NFT receive a cut of all in-game advertising revenue from the billboards in that stadium, as well as share of any tokens earned from races that take place therein.

Custom stadium branding will be available for NFT hodlers to promote their brand and colours in various parts of the stadium including on billboards, barriers and on the start/finish line.

How can users participate or join in the action?

Read our whitepaper at https://whitepaper.blocktrucks.io/

Join our Discord at https://discord.gg/hdX7zR8mmd

Why did you choose Enjin and Efinity?

We've been an official Enjin adopter for over 6 months now, and the excitement and support from everyone in the organisation has been fantastic every step of the way. We are really excited to hear about Efinity and Enjin's vision for games on the blockchain in the future align with ours.

The game will have a high volume of NFT and transaction processing for players to trade and mint booster packs, so we're mostly excited about the high transactions-per-second number that Efinity boasts, as well as the minuscule gas-fees, in addition, the fact that Enjin offers a wide variety of SDK's for developers, we can use our favourite tools and programming languages to talk to the parachain.

We're building a competitive multiplayer racing game on the blockchain, and not only does it make sense to partner with a company called 'Enjin' for their awesome name, but their entire tech stack for game developers is unrivaled in the space and coming soon is Efinity, which will become the first 'NFT Hub' allowing developers and players to no longer be held back by archaic fees and restrictions, but to let them create.