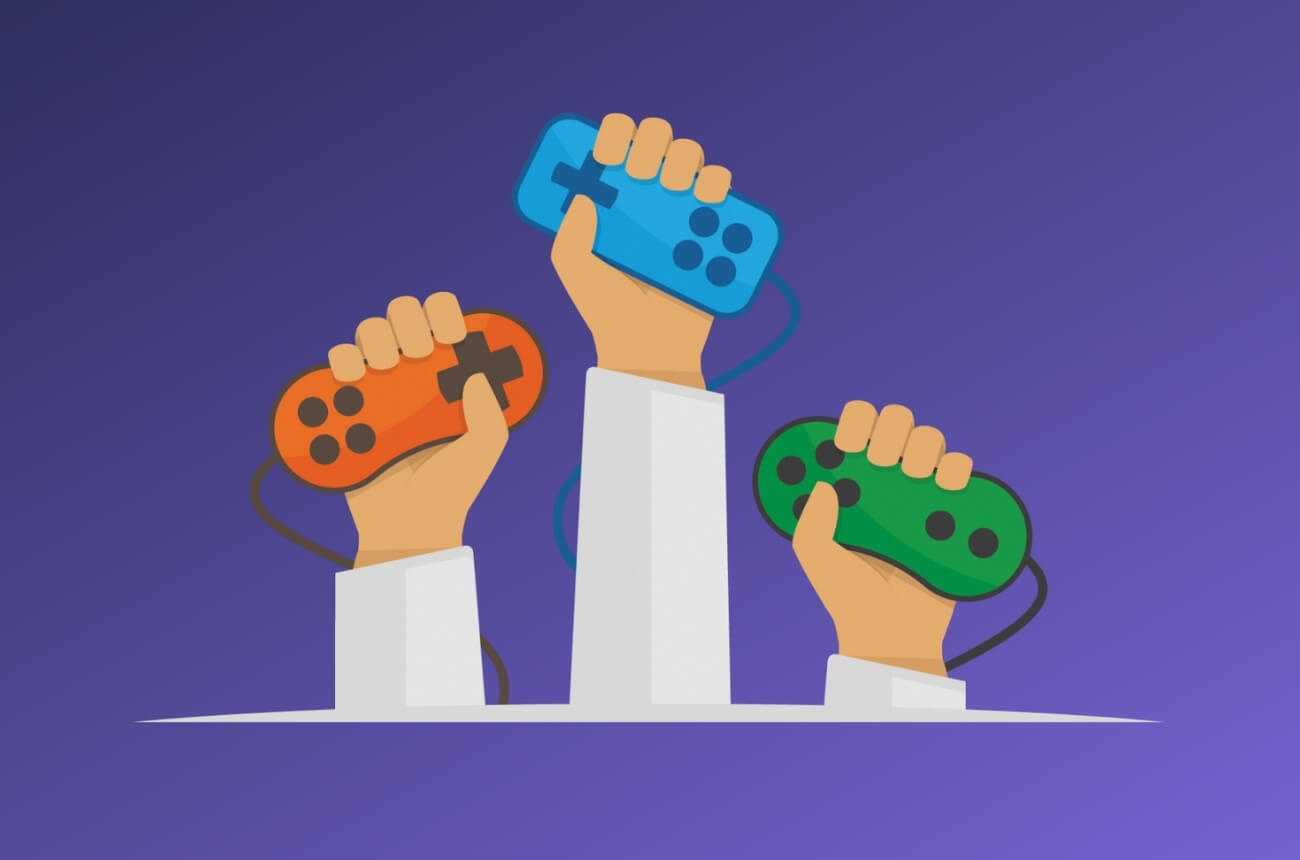 A dedicated, engaged community provides an array of long-term benefits for game developers. This guide will help you build one of your own.

The first rule of game community building: Don't be like William Shakespeare (who played very few video games) and think of your fans as "merely players."

They are so much more.

Players can be evangelists to the masses, balance-tuners, and bug-finders in public betas.

They can contribute content, mods, take work off your shoulders, and give you inspiration during cold, dark coding stretches.

In other words, having an engaged and enthusiastic fandom around your game brings numerous benefits, both tangible and intangible.

We'll often argue that it's a shame building a great game if nobody knows it exists, but some early preparation can give you a great foundation of fans to build the structure of success.

If you follow our advice and best practices, you'll be on the way to transforming your players into a true community.

And while it may be easy to leave a game, it's a lot harder to leave a community.

How to Build a Community for Your Indie Game

Building a following around your game has long-term benefits, and you shouldn't leave it too long to get started.

There can be a tendency amongst game devs to shy away from exposing too much of their game early on, but in our experience, momentum takes a long time to build, so you should start immediately.

As soon as you have anything to show, show everyone you can.

Be loud and proud.

Emotions are contagious, so if you’re excited about your progress, your audience will be too.

It could be nothing more than concept art, renders, screenshots, a homepage, or a rough and ready pre-alpha gameplay video⁠—as long as you have proof your game is in development, you can (and should) start building your audience around it.

So, where should you base your online presence?

The short answer is everywhere.

This may sound overwhelming, especially if you're a small studio, but the good news is you don't have to actually use all of these platforms—you just need to take ownership of them.

This will prevent cyber-squatters or copycats from grabbing your game's name when it becomes more of a known entity during development and enables you to redirect all accounts to your most commonly-used platforms.

But don't just create social channels based on your game—complete them as well. This means filling in your game's profile/details on each channel and adding your studio and developers' information like names, roles, and profile pictures.

If you're shy, you can use cartoon avatars or in-game art for the latter, but it's easier for fans to feel a sense of connection if they're communicating with someone who has some form of a visible identity, so lose the greyed-out default pics!

Not All Platforms Are Created Equal

Different platforms have their own strengths and weaknesses.

The same content or communications strategies won't play as well on some as on others, so get to know the platforms you're most comfortable with and what works best on them.

As a rule of thumb, work to optimize your content for the platforms you publish it on so that it will be most relevant to the audience finding it there.

This increases the chances of it being shared and of bringing new fans into the project.

Identify three or four of the social channels that you're most comfortable communicating on and focus on them, using the others mostly to link back to your chosen channels. For gaming, it's advisable to include Twitter and Discord among your selected platforms.

Make use of tools like Tweetdeck that can streamline the process of following mentions, hashtags, and the like.

And don't be afraid to ask the advice of your peers, especially those familiar with the challenges of indie game development and marketing.

If you're in a quandary or uncertain of how to act, there are also loads of good p2p resources out there like Quora, r/gamedev, and r/indiedev.

Maintain a steady flow of updates throughout development.

Work out an update schedule and stick to it. If people feel certain that you'll communicate with them regularly, they'll be more inclined to set aside time to follow your game and check your content.

It doesn't even matter if the content is less-than-glamorous. Stories of challenges or setbacks are much more interesting than no content at all.

Commit to a certain day of the week for a specific type of content, for instance Meme Mondays, Dev Diary Thursdays, or the real Twitter examples of #IndieDevHour (Wednesdays 7:00pm GMT) and #ScreenshotSaturday.

One of the long term goals for the game has been to add NPC animation, so today this was the test using virtual scanned actors and facial mocap rendered to Unity. #madewithunity #screenshotsaturday #blockchaingame pic.twitter.com/hm0q0bixfg

This will allow you to be more proactive in planning the content you push out, and having structure will give you more time to converse with followers and answer their questions.

If you're a multi-person team, rotate responsibilities like development diaries. This will lessen the load on individuals and give players the added benefit of new voices and perspectives.

For example, an update from a game designer will differ strongly from that of a programmer or lead artist—meaning fresh material and more time for progress before everyone's next update.

Keep an eye on your social channels to gauge your followers' mood, ideas, and feedback.

A community that feels heard is a happy community.

Newcomers who have a query answered will remain active in the community in 45% of cases, compared to only 17% for those who don't receive a response.

Quick responses leave a better impression than thorough-but-slower replies—fans want to be acknowledged in real-time.

Alongside prompt responses, you can increase engagement by gamifying your social channels.

Discord offers tools that can help with matchmaking during beta testing, and you can reward active community members with visible ranks or automate the distribution of keys for beta testing.

Bots can automatically run some games, like trivia people can compete in whenever there's a lull in chat.

You can even build engagement and promote transparency by streaming development itself, as Wase Qazi did on Twitch to help promote his Shotgun Farmers game.

Switch on the Meme Machine

Memes are part of general internet behavior, so don't shy away; communicate with them, foster them, and reward their creation.

Learn the language and rituals of your fans (including labels/collective nouns based on your game's name or characters) and adopt them officially.

Establishing rituals and shared language helps people feel connected—it not only creates a shared experience that makes a group feel exclusive, but also builds brand loyalty for you.

Encouraging fans to create content for and around your game (e.g., through the release of mods) ensures a continuously-engaged community while helping you out with some of the heavy lifting.

Make user-generated representations of your game easier by providing free assets for players to edit into memes, build into mods, post in communities, share on their social profiles, etc.

You can highlight fans on your own social channels by retweeting, spotlighting their creations, or even integrating them into the game itself.

Build a Community Through Fundraising

They can make existing fans feel valued and involved, as well as help recruit new supporters into the fold with the promise of additional content.

Honest feedback during testing can tell you exactly what your game is, rather than just what you believe it to be.

Community stretch goals on crowdfunding platforms like Kickstarter can grow your fandom by encouraging:

Content like fan art can even be used to further promote your game, creating a virtuous cycle and saving your team the time and effort of producing fresh content.

We are super excited to announce that #9livesarena is now live. If you have purchased Kickstarter Rogue and above, Indiegogo Rogue or founder pack 3 and above in our store you will receive an email shortly with how to login. Bring your A game and we will see you in the arena! pic.twitter.com/nkhbv70RcP

A new and compelling way to build your community whilst rewarding them with valuable game assets is by integrating blockchain assets into your game or providing blockchain-based rewards.

By moving game assets beyond your own servers and onto the blockchain, you unlock a myriad of benefits for both yourself and players:

"Founders Tokens" have proven a particularly popular mechanism for recruitment, with the idea of recognizing and rewarding early adopters proving very potent.

Recently, an indie game raised $30,000 in less than 24 hours by offering Founders Tokens that provide benefits such as early access and in-game earning bonuses.

You can give these tokens out for hitting certain milestones, sell them in a pre-sale, offer them as rewards for contests, or just distribute them on an ad-hoc basis for excellence in-game or community participation.

Communities exist outside of your bubble, too. Wherever possible, attend relevant conferences, expos, meetups, and local gaming nights.

Engaging face-to-face (or, screen-to-screen in the case of virtual events) outside your online bubble can give you truly unbiased feedback, and hopefully win you some new fans.

When presenting at a booth at a game show, for example, make the presentation of your game engaging and fun. To boost engagement, try hosting a high score competition or giveaway. The more exciting your booth or table looks, the easier it will be to get people to spend time at it.

Reaching out to influencers to join your game's community allows you to leverage other communities to grow your own.

For a sense of achievement, agree on certain goals to hit on their stream for their audience to reap the rewards. For example, if they level up twice in an hour, you'll give them five early access Steam keys to distribute to their fans.

All the above might sound like a lot, but with proper planning, building an active game community can be an energizing and rewarding process that reminds you why you're making a game.

Putting these strategies into play can actually reduce your workload by cutting down on design and balance guesswork while generating free content for you.

When in doubt, remember the EEE approach to community building, from Philomena Schwab's Masters Thesis in Game Design and Community Building:

Create Value Before Launch
Reward your supporters and spark engagement before your game goes live.
Get Started
Thank you! Please check your email.
Oops! Something went wrong while submitting the form.
#
Game Marketing