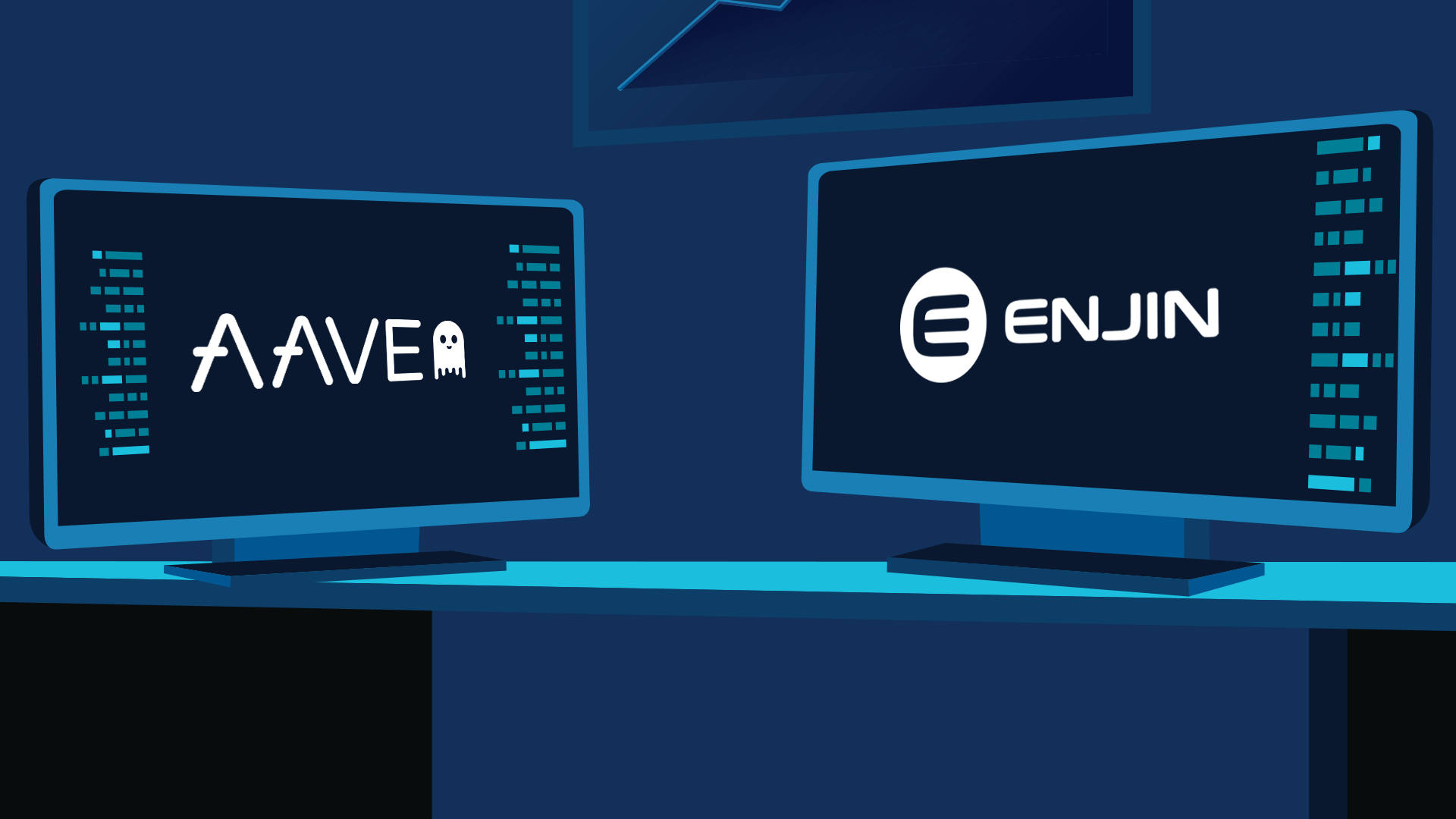 Enjin and Aave have announced an update that will bring decentralized finance to the $159.3 billion games market, as Enjin Coin (ENJ) has been added to Aave’s DeFi Protocol. Enjin’s growing suite of blockchain products is already enabling players to earn ENJ in a growing selection of games and apps; now, gamers will be able to grow the value of their in-game ENJ earnings through the Aave Protocol, which has recently grown to $250 million in market size.

Currently, players can earn in-game items through Enjin-powered games and sell them on the Enjin Marketplace, which has recorded nearly 6 million ENJ in trading volume over the last year. The addition of Enjin Coin to Aave enables gamers to use the Enjin Wallet DApp Browser to lend their ENJ to other players and developers through the Aave Money Market, and earning passive income from their in-game winnings.

Players who want to purchase gaming items through the Enjin Marketplace can also use Aave to borrow ENJ and access the funds they need. They can then purchase items and use them in-game instantly. After they’re done with the items, players can then resell them on the Enjin Marketplace and use the funds to pay back the ENJ they borrowed through Aave. This introduces a never-before-seen level of economic flexibility into the games market.

Enjin Coin is also growing in popularity as a digital store of value within games and apps, being used by developers to mint blockchain assets backed with Enjin Coin, which gets locked inside. These assets have already been integrated into a wide-range of games and apps, allowing players to use them as weapons, characters, pets, skins, armor, and more.

With the addition of ENJ on Aave, it’s easier than ever for developers to infuse their virtual economies with more value. Using the Aave Market, they can borrow more ENJ to lock in their gaming assets, increasing their value and significance within gaming communities.

This announcement follows the news earlier this week that Enjin Coin has also been added as a Bancor V2 launch pool, which will allow ENJ holders to provide liquidity and earn a share of the pool’s trading fees while maintaining their long position on the token.