Playable NFTs are now live on Efinity, thanks to MyMetaverse's MetaHome collection!

The first playable NFT has been minted on Efinity this week, and it’s a pure love letter of utility and interoperability for gamers.

The MetaHome collection was created as a series of cross-game assets from the outset. The designers at MyMetaverse were adamant that each NFT should have real meaning in its entire suite of game offerings – including the company’s flagship virtual world, Infinity Realms.

Officially available on September 22nd, these first playable NFTs on Efinity are procedurally generated houses, each one unique with different arrangements of rooms and outer flair.

Getting NFTs live on Efinity is a technical achievement for MyMetaverse, considering it had only been 10 days since being granted alpha access to the developer tools.

Select developers have been building with Efinity’s self-hosted, open-source API since it was was released. MyMetaverse advanced at a blistering pace, first creating a virtual world in which anyone could claim land, and now minting houses for those players to live in:

MetaHome marks the start of a growing wave of developers bringing their games to Efinity, and minting NFTs in a faster, cheaper, and more sustainable way.

“Enjin’s low-level tools give you a lot of flexibility, to the point where you’re pretty much editing the tools themselves, which is really powerful for a platform like ours,” said MyMetaverse founder Simon Kertonegoro. “But the tradeoff is you need to be highly technical and you need to run this infrastructure on robust servers – most indie devs will prefer to use the turnkey plugins, SDKs and hosted-APIs that Enjin is currently building.”

MetaHome’s implementation is exemplary not just for its speed and utility, but also its integration into multiple games. Kertonegoro is a big believer in openness and interoperability, and from the outset these homes will be usable in three games, and open to other projects as well.

Having started with Minecraft mods and then expanding into GTA5 mods, MyMetaverse turned its attention to the massive undertaking of building an MMO world, Infinity Realms.

Just to make things easy on himself, Kertonegoro wanted to make the land ownership feature not locked into predetermined quadratic plots of land. That would’ve been too easy.

“We made it so you can buy the property, and then go basically anywhere into the world and plant your flag right where other people are playing, and boom – you own that space.”

This isn’t the first time MyMetaverse has played around with cross-game items. In fact, it doesn’t limit itself to its own NFTs, or even NFTs in the Efinity/Polkadot ecosystems.

Prior to MetaHome, MyMetaverse players were able to bring external NFT projects as usable items in-game; this may be a sword or crafting item in Survival Infinity (MyMetaverse’s Minecraft mod), or a vehicle in Infinity Auto (naturally, as GTA5 is based around driving missions), or something else entirely in Infinity Realms.

With the ability to recognize NFTs from other platforms, this has opened up new kinds of co-marketing opportunities. It connects the two communities and adds value to the NFTs on either side.

With recognizing external NFTs as the norm for MyMetaverse games, implementing the homemade NFTs was considerably easier.

Now You're Cooking With Carbon

MyMetaverse’s play-and-earn systems are now live and functional in all three games. Each implementation is different, but all three are based on a central resource: Carbon.

Every NFT within this system is literally making the world a better place.

As part of MyMetaverse’s play-and-earn system, money that flows inward is split 50/50 between the players and the game. Players receive that money in the form of free Carbon, which they earn by performing some of the harder tasks in these games (for example, the more dangerous missions in Infinity Auto). Players then use the Carbon earned to mint free NFTs – including the MetaHome NFT.

Importantly, players have the ability to extract NFTs from MyMetaverse, take full custody over them on Efinity and, should the player want, sell them on a marketplace.

The gamechanger is how the Carbon system allows players to trade time for value, by selling NFTs to monetize Carbon in the MyMetaverse economy.

(We also happen to know of a great marketplace for just that task!)

As one of the earliest and best examples of cross-game items, and as actively as Kertonegoro is pursuing cross-project alliances with other NFTs, this is a great start for the future of cross-game, cross-chain assets that the Efinity project is meant for.

It seems like just yesterday that MyMetaverse got external NFTs working in GTA5 - adding value on both sides - and it shows no sign of slowing down. 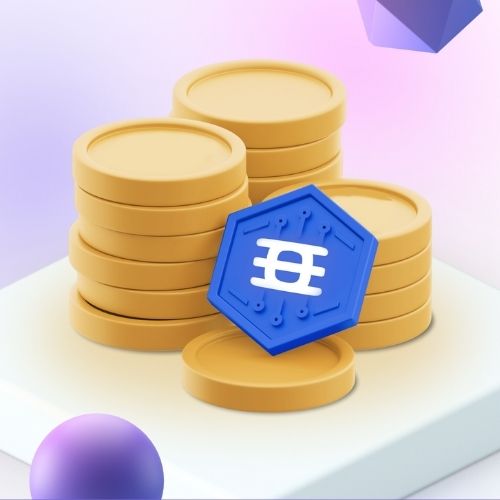 Want to know more?
Learn more about the blockchain made for cross-game, cross-chain NFTs.
More Info
Thank you! Please check your email.
Oops! Something went wrong while submitting the form.
#
Efinity
#
NFTs