Safety, in Numbers: The 5 Best Hardware Wallets in 2021 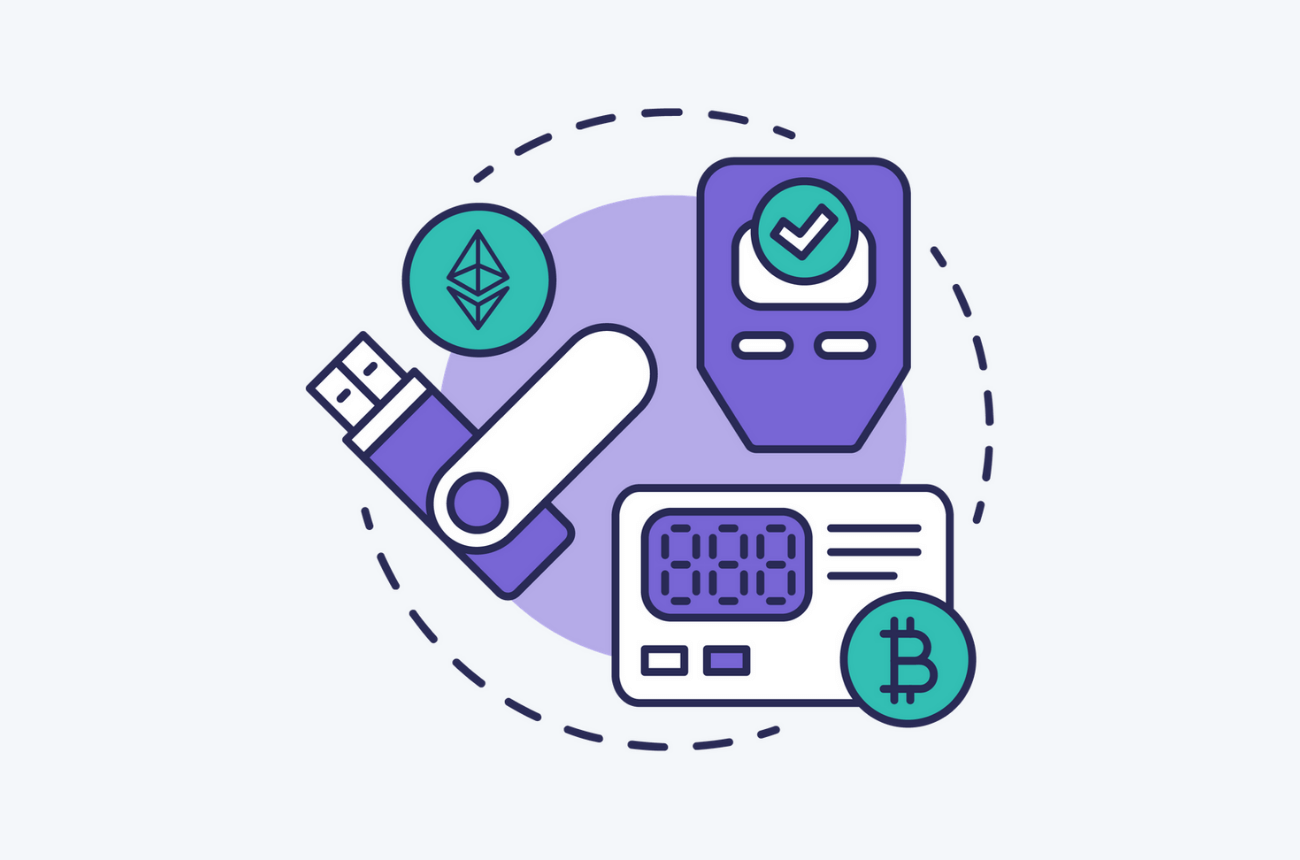 In the world of blockchain and crypto, keeping your valuable assets safe is paramount. Here are the 5 best hardware wallets available to help you HODL safely.

If there's one phrase that's heard as often in cryptocurrency as "Wen Moon?" or "Wen Lambo?" it's the much more sensible "Not Your Keys, Not Your Coins."

In other words, if you don't control your private key, you're only actually accessing your coins and tokens from another party, not really owning them—and that could put you at risk of nefarious external forces.

You've probably heard of incidents like the notorious Mt. Gox hack that obliterated stashes of Bitcoin kept on the exchange by customers and sent shockwaves across the world, well beyond blockchain enthusiasts.

While this might seem like a very pessimistic and foreboding start to an article, the good news is that, as long as you practice basic common sense, there's no denying that keeping your valuable crypto and blockchain assets in a wallet you control is safer than leaving them on an exchange.

And when you're controlling your own wallet with your own private keys, the ultimate peace of mind is to be found in hardware wallets.

Not only do hardware wallets allow you to control your private keys, they also prevent those private keys from ever being exposed online or to the device you're interacting with—ultimately keeping you safe from keyloggers, spyware, malware, and all such dangers of the digital world.

But not all wallets are created equal.

Because safety is so paramount when it comes to keeping your funds secure, it's essential for the wallet you choose to have a strong reputation and track record. Most articles you read on this subject will feature a few select manufacturers time and again, and for good reason. Spoiler alert: they're our top choices as well.

On that note, here is our list of the five best hardware wallets currently available.

France-based Ledger is one of the most widespread and well-regarded companies in the hardware wallet space, with their previous flagship product, the Ledger Nano S, selling more than 1.4 million units thus far; and for good reason.

Ledger released their newest flagship, the Ledger Nano X, which is optimized for mobile usage. While both Nano devices feature private keys protected within a certified secure chip, the next generation Nano X differs from the Nano S in several ways, featuring:

In addition to security, much of the popularity of the Ledger Nano series comes down to ease of use. Both wallets allow you to physically input your PIN, scroll, and sign transactions with button clicks, and enable you to manage 22 coins and over 1,250 ERC-20 tokens through the Ledger Live app.

Looking much like regular thumb drives at first glance, there's also an element of discretion to Ledger wallets, making them unlikely to arouse too much suspicion.

If your command of Czech is a bit rusty, Trezor translates as "vault"; and that's exactly what the Czech Republic's SatoshiLabs has aimed to offer crypto and blockchain aficionados since releasing the Trezor One in 2013 (that's pre-Mt. Gox hack, making them especially prescient about the need for such devices).

Their team has great crypto pedigree, with CEO Marek "Slush" Palatinus having created the first Bitcoin mining pool way back in 2010, which helped shape the space as we know it.

As with Ledger, user-friendliness is a key selling point for Trezor, along with serious security features like randomizing the order of numbers on the device screen when you put in the PIN code to unlock it. By asking you to simply select their positions on a grid on your computer's screen, no keyloggers will ever be able to tell what numbers you selected.

In another echo of the Ledger series, Trezor underwent an update and released the Model T as the successor to the Trezor One. A "full-fledged digital wealth management device, designed for everyday use and uncomplicated access to your coins or digital data," it features numerous upgrades, including:

Both Trezor devices run on open-source code, giving users the option to verify and customize the firmware. Some minor complaints do exist online about wallets sometimes getting deleted during firmware updates, but as long as you practice basic seed phrase security as advised, they're easily restored every time.

The Trezor Model T currently retails at $169.99, while its predecessor the Trezor One is priced at $55.

Probably the slickest, most discreet, and least "hardware wallet-y" design out of all our picks, the CoolWallet S definitely lives up to its name.

Despite its slender profile, it can store a multitude of different cryptocurrencies (albeit not quite as many as Ledger or Trezor), and has been named the official wallet of Litecoin, alongside other awards and recognition.

The most conveniently-transported option on the list, the CoolWallet S appears to be a regular old credit card from one side, while on the other side its interface reveals a small screen and tactile button for confirming transactions.

With its tagline "cold storage, on the go," the CoolWallet S is a mobile-only device, connecting via bluetooth to the CoolWallet app (Android & iOS) and enabling users to conveniently exchange crypto thanks to integration of Binance DEX and Changelly.

It has a 3-month standby battery life on a full charge, as well as dual-device authentication and an optional biometric authentication layer for maximum security.

Although its company history doesn't go as far back as Ledger or Trezor, they've still fared well and demonstrated legitimacy in their short existence. Founded by Michael Ou, whose family is in the smart card business, CoolBitX has shipped around 150,000 units since launching their first device in 2015 and secured Series A funding from SBI Holdings.

Considered one of the Big 3 hardware wallet manufacturers alongside Ledger and Trezor, KeepKey boasts a solid track record in the space.

Speaking of solid—although their design is slick, it is by some margin the heaviest and bulkiest device in our selection, weighing in about 50% heavier than the Nano X. While this could mean a mild inconvenience in carrying it around, it can also lead to a more premium feel.

The size factor does provide some benefits, including a large, clear screen that is able to display entire addresses on one line, as well as your address QR code for payment and your entire seed phrase when you first initialize the device.

Perhaps more significant concerns than size are numerous online complaints to be found regarding their support service, as well as a relatively low number of cryptocurrency assets supported, including limited ERC-20 token integration.

One of the newest players on the hardware wallet scene but boasting an impressive range of security and tech features, Switzerland's Shift Cryptosecurity has released high-grade security in a minimalist package with their new flagship BitBox 02.

The project gains a lot of legitimacy from the fact that its Co-founder and President Jonas Schnelli is a long-time key developer on Bitcoin Core. As an added bonus, the BitBox is also Swiss-made, with its relative newness the only major factor preventing a higher ranking.

Unique features of the BitBox 02 wallet include:

A definite drawback of the BitBox's minimalist ethos is a more limited range of coins, with only Bitcoin, Litecoin, Ethereum and ERC-20 tokens supported. If you want to go full minimalist but are a BTC maximalist, there's a BTC-only version available as well.

The BitBox 02 retails for about $110. Note that there is no price reduction on the Bitcoin-only version despite its limited functionality, so the standard version is the way to go unless you're a full-on BTC purist.

All five companies we featured are reputable with at least some established presence in the space, but there's more to consider when buying a hardware wallet than just the brand name.

It isn't just what you buy that matters—how you buy can also have an impact.

It's important to remember that because they're physical devices, you should only ever buy hardware wallets directly from the manufacturer, rather than on eBay, Amazon, or other popular resellers.

While this might mean a longer wait for your order to get shipped, it will be worth the additional peace of mind that you aren't buying a compromised device or even an outright knockoff.

Crypto scammers and phishers have been known to buy Google ad space in the past, directing people to cloned sites for everything from ICOs and exchanges to hardware wallets, so always double check a site's security certificates when purchasing, and avoid clicking in from ad results.

We've included URLs to the official sites of our picks in this article (without referral links, because hidden referrals are lame), but as always in the crypto and blockchain space, please Do Your Own Research.

Whilst there are a lot of hardware wallets out there beyond the five companies we've featured, few figure highly in terms of all important criteria to consider when choosing the hardware wallet that is right for you.

If you do want to explore further options, feel free, but try to adopt a structured approach to determine which ones make the cut for you.

Here are seven criteria we recommend considering when choosing a hardware wallet: 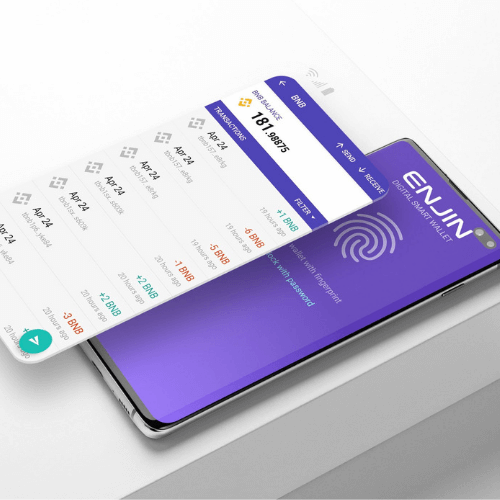