Twitch is one of the most crucial marketing platforms for game marketing. Here's how to get your project covered live on stream.

In 2020, if you want your game to succeed, you have to succeed at Twitch.

On average, more than 15 million viewers tune into Twitch every day, and 3 million streamers go live per month.

While most game developers likely understand the increasing importance of Twitch as a marketing tool, simply being comfortable watching streamers is no guarantee of being able to effectively use the rapidly growing platform to market your own game.

While you are unlikely to get the biggest stars of Twitch on a small budget, there are plenty of ways to get streamers involved and gain the attention of an audience that inherently trusts what they have to say.

1. Get Your Game Twitch-Friendly ASAP

"The best time to integrate core Twitch features is when games are in active development.
‍
— Timothy Aldridge, Twitch

Consider Twitch as early in the development process as possible.

This means making it possible to easily play a compelling, streamer-friendly execution of your game.

Twitch Identity integrates your game with Twitch (and crucially makes it searchable), and integrating Streamer Mode provides a more convenient streaming experience, enabling streamers to self-identify in-game through a setting and allowing them to hide sensitive UI elements.

Extensions can also add interactivity for viewers, such as The Darwin Project's voting mechanism.

Twitch recommends their Bounty Board program to indie games as a cost-effective means to gain viewership or testers during beta, with extensions enabling helpful interactions like preorders.

Optimizing for Twitch during the development process will also optimize the chances of streamers broadcasting your game.

Thankfully, Twitch offers a wealth of game dev-specific educational resources you can utilize to help get your game primed for the platform as early as possible. 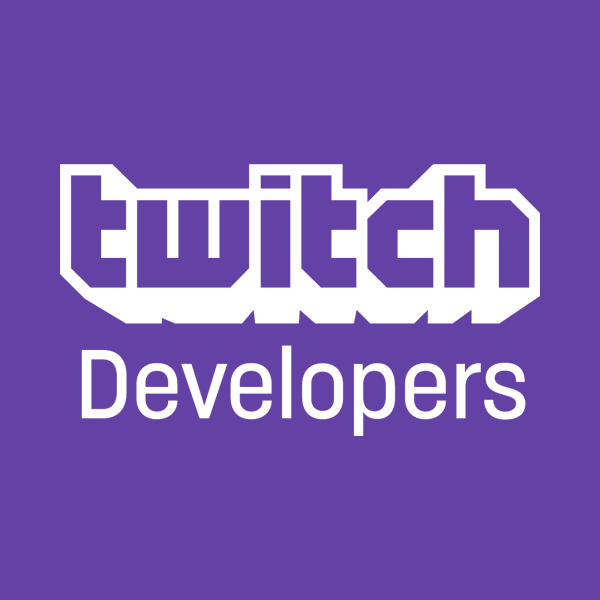 Games Are Better with Twitch
Take the guesswork out of integrating Twitch into your games.
Explore Playbook

Once you've optimized your game for Twitch, it's time to start thinking about who should stream it.

This can seem a little bit daunting at first—there are literally (!) millions of streamers on Twitch.

Thankfully, it's easy to narrow down your search and find streamers relevant to you.

You can use tools like TwitchTracker for figures and trends or explore on Twitch itself. Look at games similar to yours, check who regularly broadcasts within the same genre in Twitch's directory, or find people whose personality or tone fits your vision for your game.

Average Concurrent Viewers (ACV) is probably the key stat to determine overall popularity on Twitch, but that usually has to be matched with your budget.

Feel free to approach big streamers, but don't expect them to buy in.

“When you’re starting you want to start with small folks you can invest time with and learn with.”

Search for streamers who have smaller audiences but are proven fans of some property of your game—mood, genre, gameplay mechanics, art style.

Make sure those you're reaching out to are set up right for Twitch.

How is their sound quality? Do they use overlays and have an audience rapport?

Also keep in mind that variety streamers who broadcast different games every day will likely be more willing to check out something new than a single game streamer who specializes in one particular title.

3. Twitch Is Not Just Gaming

Although Twitch is a platform overwhelmingly associated with video game broadcasting, they've increased the number of subcategories found under their IRL and Creative tags, giving viewers greater ability to search for content beyond gaming.

Game streamers are of course the most obvious fit, but take a few minutes to consider the output you could get from working with streamers in other categories.

For instance, instead of an hour-long playthrough, you could have an hour-long live painting of your protagonist by a streamer in the Art channel, commission a sculpting of your villain, or get a music streamer to interpret the score of your game.

This is not a firm requirement, but it's worth taking a step back and considering all possible personalities and audiences.

You never know what great content you could end up generating from unexpected sources.

4. Approach Streamers as People, Not Resources

There's always the brute force carpet-bombing approach of Startup Company's developer sending 500 emails with free keys to YouTube and Twitch broadcasters, but for better odds, it may be sensible to take a much more personalized approach.

Remember why a particular streamer grabbed your attention and appealed to you in the first place, and tell them that when you reach out.

Talk about your game, why you think they would like it, and what makes it unique and worth streaming.

Make sure you actually follow their channels (including on social media like Twitter), as it could look disingenuous if you rave about how much you enjoy their streaming but haven't even taken the time to add to their follower count.

Emails or direct Discord messages are the best way to reach out. This direct, off-platform approach can be particularly appreciated because deals brokered through Twitch involve Twitch taking a cut.

5. Consider Every Form of Marketing

While getting streamers to play your game is the most immediate way of generating interest, a plethora of other marketing and promotional possibilities are available on Twitch.

If you want to drive downloads (and are willing to sacrifice a share of the price), affiliate links for their Info section are an option.

To build hype and anticipation amongst viewers—or re-engage players post-launch—you could have Twitch Drops to distribute game items.

You can even work with them to create exclusive gaming assets that anyone with a compatible blockchain wallet can own.

Whatever path you take together, it should be clearly marked as #sponsored. Transparency is important on a platform like Twitch.

Such acknowledgements will be unlikely to deter any viewers—according to Twitch, 82% of viewers are happy to watch sponsored content in gaming streams and believe it's good for the industry, as long as it's marked as sponsored.

Try using the diagram above to break down what's relevant or unique to the overall streaming experience, and build a more specific solution from there.

Consider how a particular influencer presents themself, how their viewers behave, and what is possible on the Twitch platform.

Think of output specifically relevant to your chosen streamer, their audience, or the Twitch format itself.

This kind of thoughtful analysis has led to successful Twitch marketing, from major brands like Gillette sponsoring DrDisRespect and his famous moustache, to indie studios like Campo Santo building intrigue and buzz by distributing a custom-built, spoiler-free demo of Firewatch to streamers.

When you're discussing the promotional approaches together, talk with them, not at them.

It can be scary to surrender control on presentation, but streamers know their audience best.

While you can't tell them exactly how to do what you're thinking of, you should have dialogue with them about the format of the promotion. Once you've agreed on that, talk about your goals in terms of results, so there isn't a mismatch in expectations.

Negotiate compensation—cash, exclusivity, cross-promotion, or game assets could all work.

If payment is involved, make sure to send over a contract. There are free templates available online and services like Docusign for digital signatures.

Or to quote Voltaire, "Perfect is the enemy of good."

Perfection can also be the enemy of authenticity.

Remember: One of the appeals of Twitch is its primarily real, unedited, unpolished live format—a major contrast to the glossy, hyper-curated world of other social media.

Seeking perfection can hinder your ability to work out deals or deadlines and lessen the efficacy of the Twitch platform itself.

9. Stay for the Stream

When the stream starts, don't interfere, but don't ignore or abandon either.

Watch along with the stream to get a more natural feel for what works and what doesn't, then take these observations and use them to optimize further the next time you run some marketing.

Being present for the stream has an additional bonus effect: it allows you to directly interact with viewers and provides access to direct, real-time feedback from them.

Chatting directly with a game dev can be a treat for viewers, and Twitch highly recommends it, citing Paradox Interactive as a studio that successfully uses this tactic.

If this all sounds a bit much and you've got some budget to spare, approach agencies that specialize in just this kind of marketing.

They've got ready-made connections with streamers, a track record of outreach, and intimate knowledge of audiences and trends.

There are many to be found on Google, but in writing this article, Upfluence and Powerspike provided a wealth of knowledge. Other agencies in the industry worth investigating include Heaven Media, WeHype, and catapult.gg.

In Twitch influencer marketing, it pays to put in effort to optimize for your chosen platform and to select the right people for the job.

Make them feel special, and they can produce special content for you.

While you can share ideas and your vision with Twitch influencers, they ultimately know their audiences best, so don't try to exert too much control.

Don't interfere, but do try to be present for the streams—not only as a bonus for viewers, but as a learning experience for yourself.

It will not only help you spread the word, but will also provide invaluable feedback and insight to make your game's experience that much better.

Getting your Twitch influencer marketing right doesn't happen by accident, but if you put in some work, you can maximize your chances of success utilizing the platform to market your own game. 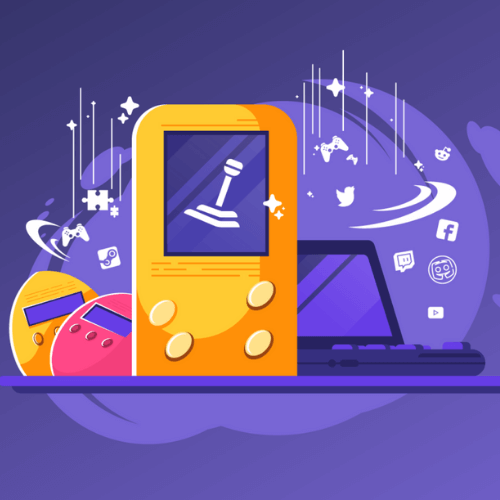 Take on Social Media
Ready to conquer the beast that is social media, but not sure where to start? These tips will help you out.
Read More
Thank you! Please check your email.
Oops! Something went wrong while submitting the form.
#
Game Marketing