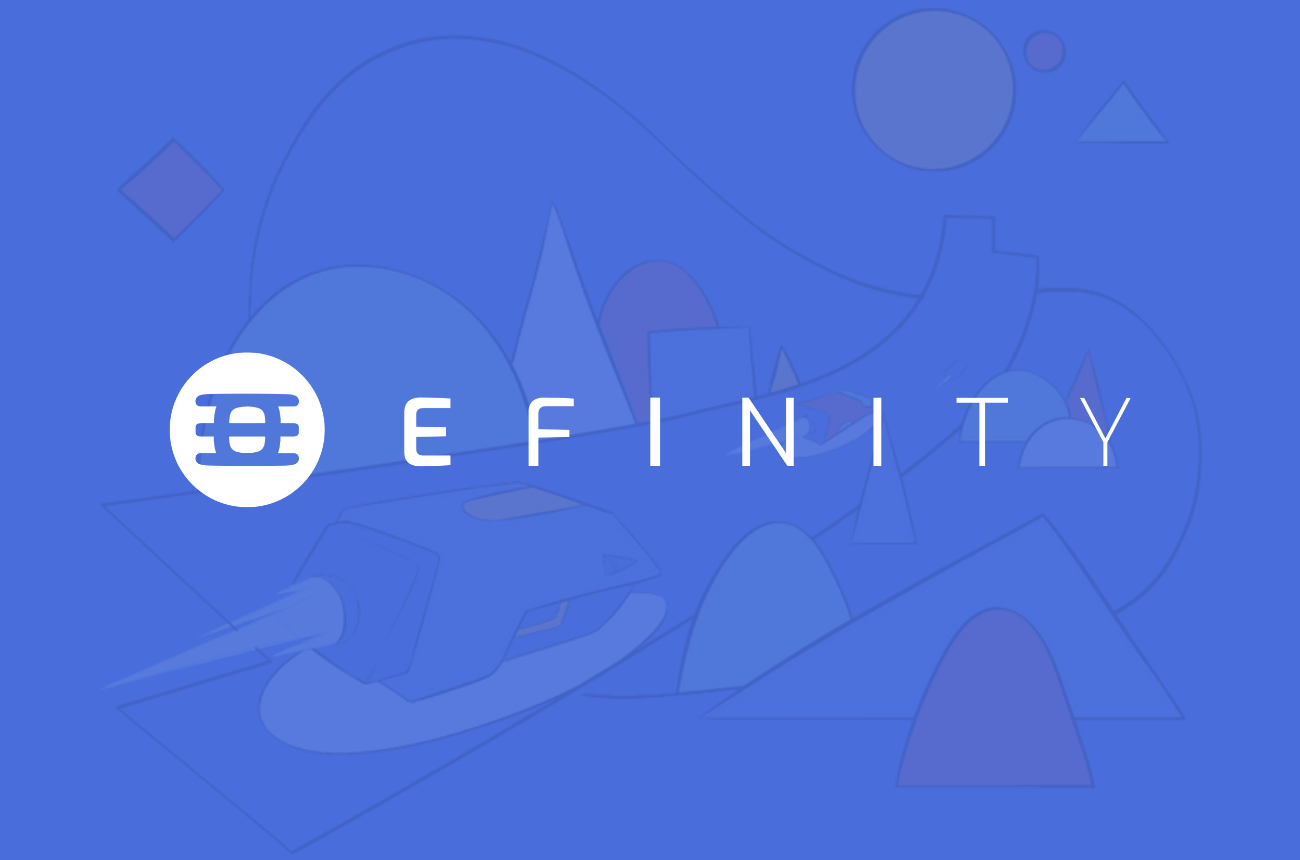 Built with Polkadot, Efinity is a next-generation blockchain for non-fungible tokens (NFTs) that will help humanity create a truly free, global digital economy.

The total NFT trading volume in December 2020 was around $12 million. Fast-forward three months, and that number is well over $500M.

At this point, it's safe to assume that we will see billions of dollars in sold NFTs this year.

We're at a point in human history where NFTs are being brought to the mainstream audiences, carried on the wings of everyone from famous artists and musicians, to globe-spanning brands and corporations.

Think about it for a second: we're currently experiencing the first major step toward a truly free, open, global digital economy—one that blurs the lines between virtual and real, rewards creativity, and accelerates innovation.

At Enjin, there's never been a doubt that this time would come—after all, it's a future we've been hard at work creating. From bringing some of the first NFTs to life back in 2017, to creating the advanced ERC-1155 NFT standard, our goal has always been to help accelerate the advent of a globe-spanning, advanced virtual economy.

This new, decentralized economy will help humanity overcome some of the greatest economic, cultural, and societal challenges of the 21st century—from job loss due to automation, to growing global economic inequality—and might even support our efforts to explore and colonize the inner Solar System.

But before we start buying SpaceX NFTs and tokenizing ownership over chunks of space rocks, there are numerous challenges to be solved.

Some are old and mostly technical, like user experience being awful due to high fees and poorly designed apps, making NFT adoption limited only to die-hard crypto enthusiasts.

Other problems have emerged over the years: NFT projects fragmented into incompatible ecosystems, making collaboration between projects impossible, and limiting creators and developers to a single blockchain and platform.

The most critical problem, though, is likely the least obvious: there are no blockchains purpose-built for NFT users, and legacy networks fall short of expectations.

Rewards on proof of work blockchains that support non-fungible tokens are claimed by miners, not by people that actually create, trade, use the tokens, and build the community.

NFTs of today are like spaceships in the late Sixties—good enough to take us to the Moon, but not powerful enough to get us to the stars.

To write the next chapter in the history of NFTs, humanity needs a blockchain that not only solves the problems NFTs face today, but opens new possibilities for the NFTs of tomorrow.

Over the years, our vision for such a chain has evolved as the NFT space has matured and blockchain technology has progressed.

Today, we're ready to share details about that vision: a radically expanded, futuristic, cross-chain NFT highway called Efinity, built as a parachain on the Polkadot network.

“Minting NFTs on legacy networks is expensive—financially and environmentally. Polkadot has been designed to solve these structural shortcomings, providing a platform for launching the kind of production-grade infrastructure Efinity represents for NFTs: cheaper for creators and cleaner for the climate.”

Developed for Polkadot with Substrate development support by Parity Technologies, Efinity is a purpose-built blockchain for NFTs.

It's a cross-chain token highway designed to enable a specific kind of future, one where NFTs are as widespread and easy to use as smartphones are today.

Any NFT from any chain (e.g., Ethereum) can be moved to Efinity, supercharging it with next-gen features.

“Digital assets should exist in a metaverse of blockchains. Opening up liquidity across multiple blockchains and use-cases will connect a broad ecosystem of creators, buyers, and sellers.”

Fees on Efinity are designed to stay in the background. End-users don't even need a blockchain wallet. Transactions are confirmed in 6 seconds, which permits the fast response times needed for mainstream applications.

Efinity will enable NFTs to be utilized by virtually any industry, unlocking potentially trillions of dollars in currently illiquid and unique real-world and digital assets.

“NFTs should be for everyone. Building with Polkadot will enable us to deliver an accessible, scalable solution that empowers everyone to participate in the emerging NFT economy. With the end-user in mind, Efinity will provide a fun, simple, and accessible experience for all.”

The reason we've decided to build Efinity on Polkadot instead of Ethereum can be illustrated with a simple image:

Ethereum 2.0, once launched, will enable faster transactions—and that's it. Every shard is identical, and every shard does what Ethereum can do today.

Polkadot is different. Every shard (in Polkadot terminology, "parachain") is completely customizable, which makes it a perfect platform for building scalable, custom blockchains.

Polkadot is not built to replace Ethereum, but to improve and complement it; in the same way, Efinity is designed to supercharge not only Ethereum NFTs, but NFTs from any blockchain.

Efinity will be a core part of our multi-chain NFT ecosystem, which also includes JumpNet, a solution designed to enable forever-free Ethereum transactions, launching next week.

Efinity will process up to 700-1,000 transactions per second (TPS) based on current benchmarks; in comparison, the Ethereum network currently runs at around 15 TPS. Optimizations to the Efinity and Polkadot runtime code may lead to future increases in transaction speeds.

Supported by an extensive list of stakeholders from venture capital, crypto, and cultural institutions, development of Efinity also includes the launch of a new token: EFI. 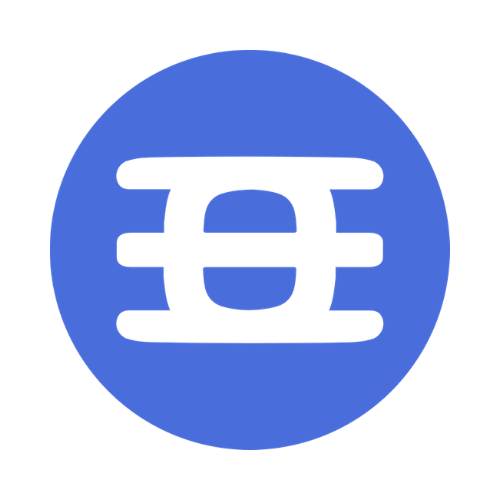 We created Enjin Coin (ENJ) in 2017 as an ERC-20 token on the Ethereum blockchain.

Today, it powers the Enjin ecosystem: every NFT minted with our platform is backed with ENJ, and every minted token can be easily melted back to ENJ.

This gives instant liquidity to NFTs, and peace of mind to owners that their NFTs will always have guaranteed real-world value that can be extracted with the simple tap of a button.

The launch of Efinity introduces a new level of utility for the Enjin Coin token: staking.

Efinity is purpose-built for NFTs, and designed to incentivize stakeholders that help the ecosystem grow.

Enjin Coin holders will be able to stake their ENJ into nodes (in Efinity terminology, "collators") and earn passive income in the form of Efinity's native currency, Efinity Token (EFI).

Infused ENJ contained inside minted NFTs will be staked automatically, and will passively generate EFI.

Staked Enjin Coin will be still eligible for use on the marketplace and other applications, as this ENJ will still exist on the owner’s account. If it’s transferred or melted, staked ENJ will be automatically unstaked.

15% of the total supply of EFI is reserved for staking operations, and will be slowly distributed over a number of years until the full token supply is reached.

EFI: The First Paratoken on Polkadot

We're developing a new token standard called Paratokens, which will be compatible with the entire Polkadot and Kusama ecosystem.

Efinity Token (EFI) will be the first ever paratoken.

With a total supply of two billion, it will be used to pay transaction fees, vote in governance events, and maintain the liquidity of fungible and non-fungible tokens on the network.

Transaction fees on Efinity will vary based on the transaction type, like transfer or bridge fees. All marketplace fees (~2.5%) will be distributed to EFI pools on the network, with NFT creators being able to charge additional fees to profit from trading activity.

NFT creators—from game developers to global brands— will be able to subsidize transaction costs for their customers by depositing EFI tokens into a Fuel Tank (a next-gen feature specific to Efinity) they control.

The Efinity parachain uses decentralized governance. Anyone can submit a proposal, and EFI holders have the opportunity to vote on proposals and referendums.

Efinity will have unbounded liquidity thanks to an automated market-maker called Efinity Swap, enabling users to swap tokens and coins like ENJ and ETH with EFI on the fly.

This will enable users to earn passive income simply by placing bids on NFTs, whether or not they are listed for sale, or even exist on the network.

We didn't set out just to make a better blockchain, and we aren’t just trying to incrementally improve NFT software.

We want to radically redefine what NFTs are, what they can do, and how individuals and companies can create and use them—from the ground up.

If you want to learn more about Efinity, you can take a deep dive down the technological rabbit hole and read our comprehensive whitepaper.

"We’re creating a groundbreaking blockchain for NFTs, purpose-built to accelerate the advent of a globe-spanning, advanced digital asset economy.

Efinity is the end result of a technological and ideological evolution that crystalized over the years, ever since we pioneered NFTs in 2017—it's a next-gen blockchain, but it's also an idea, a movement, a vision of a future where digital worlds are free, decentralized, open, and accessible to everyone, everywhere."

Enjin was forged in gaming, onboarding a growing number of virtual worlds dreamt up by forward-thinking game developers, from post-apocalyptic sci-fi universes like Age of Rust, to endless RPG realms like Lost Relics and The Six Dragons.

Over the years, our focus has expanded to support crypto companies like Binance, Swissborg and CoinMarketCap, and enterprises like Microsoft, Samsung, and BMW.

We're busy, not only working on Efinity and upcoming products like JumpNet and NFT.io, but also building new, re-forged versions of our flagship products like the Enjin Wallet. As we build and improve each pillar of our ecosystem, we are also expanding to new industries and markets, from sports and entertainment, to influencers and globe-spanning brands.

Enjin is rapidly growing; and there's an array of open positions in our development, marketing, product, and business development teams.

We’re a global team of futurists and tinkerers building the most robust NFT ecosystem in the blockchain space, and we’re looking for passionate people to join us on our mission to create a better, decentralized future.

Want to join us? See our open positions here.

Today’s announcement was a massive effort that involved every team and department at Enjin. It's the result of thousands of hours of conversations, brainstorming sessions, and countless meetings with companies helping us create the next-gen blockchain for NFTs.

The journey to conceptualize and plan Efinity was one that forced us to challenge our long-held assumptions about NFTs, pinpoint specific problems with non-fungible tokens of today, and identify new ways to make them better tomorrow.

But it’s just the start.

As we continue building Efinity and the entire Enjin ecosystem, we want to hear from you—so join us for the ride, on Telegram and Discord.

We’re on this journey together, and we can’t wait to show you what’s next. 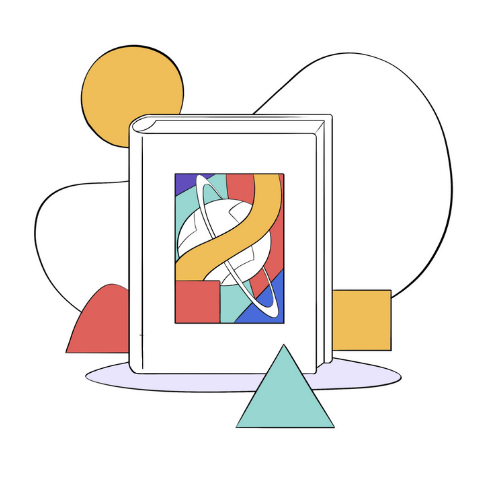